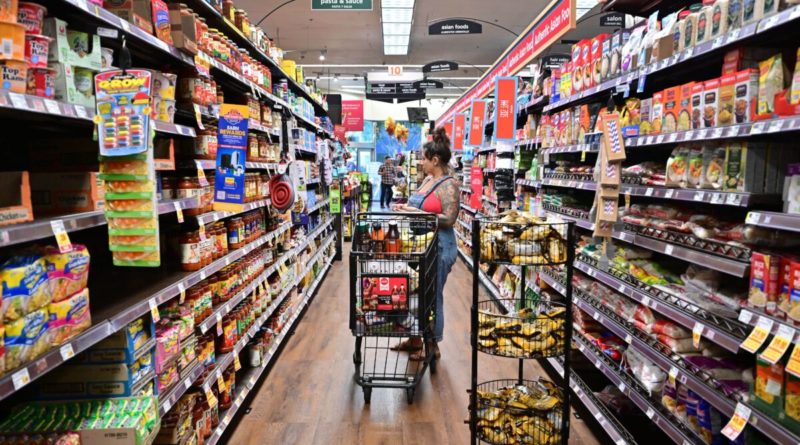 
The elevated inflation rate is forcing U.S. citizens to spend hundreds of dollars a month extra than usual, forcing many into a financially tough spot as households struggle to make ends meet.

The average U.S. household in November spent $396 more a month to buy the same goods and services they purchased a year back, according to data from Moody’s Analytics. As wage growth trailed behind inflation for average workers, their paychecks were only able to afford fewer or cheaper items over the year.

In an interview with CNBC, Mark Zandi, chief economist at Moody’s Analytics, said that it’s going to be a “long road” before inflation comes down, perhaps taking 18 more months. Though the pain from inflation is “increasingly less intense,” it still remains “painfully high,” he added.

The 12-month inflation came in at 7.1 percent in November, down from 9.1 in June and registering the fifth straight decline. However, inflation rates for essential commodities that the average American pays for remain elevated.

High inflation has made life difficult for many Americans. According to a survey by retail technology platform Swiftly, 69 percent of shoppers are struggling to pay their grocery bills, with 83 percent relying on some kind of loyalty program or coupon to get enough food on the table.

Elevated inflation rates have also changed consumer behavior, as 74 percent of survey respondents said they have altered grocery shopping habits in the past year, with 33 percent shopping in-store more than they used to.

Swiftly concluded that food costs are becoming “too expensive” for an average American and are rising due to “ongoing economic challenges” and record inflation, according to FOX.

Food banks are also having a tough time helping out families in need. In an interview with USA Today, San Antonio Food Bank’s president Eric Cooper said that the COVID-19 pandemic, persistent inflation, and uncertainty of the future have put pressure on families coming to the food bank, some of them seeking out help for the first time.

“They’re been pushed over the edge a while ago. So they’re still over the edge and they’ve been able to mask some of the hopelessness that they feel,” he said.

In a recent interview with CNN, economist Mohamed El-Erian predicted inflation to be lower than what it is today by the end of 2023. However, inflation “risks getting pretty sticky” at around the 4 percent rate, he warned. This would put it double the 2 percent inflation target that the Federal Reserve has in mind.

According to a December report by investment management firm Vanguard, inflation trended higher this year in most economies as supply chains failed to fully recover from pandemic stress. In addition, demand was boosted by strong household and business balance sheets.

“Inflation has likely already peaked in most markets, but reducing price pressures tied to labor markets and wage growth will take longer. As such, central banks may reasonably achieve their 2 percent inflation targets only in 2024 or 2025,” the report stated.

Deadly Tornadoes to Cost Insurers up to $5 Billion