Apple Inc. suppliers are gradually establishing new production facilities in the U.S., with a focus on California, to move more manufacturing out of China.

Apple released a supplier list for the financial year 2021, which shows that 48 of the company’s 180 suppliers had some operations in the U.S. as of September 2021. This number is up from 25 a year ago, says a report in The Wall Street Journal. California had more than 30 sites, up from less than 10 a year ago.

The supplier list, however, makes no mention of how much business Apple does with each company. Additionally, there are some errors, too, in the list, and actual statistics may slightly differ from official data.

According to representatives of the suppliers, these factories often consist of small production lines for trying out new goods or services. They continue to be crucial to Apple’s supply chain, though.

One thing is clear from the list: China continues to dominate Apple’s supply chain, with about 150 of its 180 suppliers having facilities there, according to the report. These vendors supply chips, screens, camera components, and motors.

The sites in the U.S., though still a minority, may play an important role in Apple’s efforts to diversify some production away from China amid mounting geopolitical tensions and strict COVID-19 lockdowns in the country.

As part of that strategy, the Cupertino-based tech giant is looking at India and Vietnam. Apple recently even decided to shift some of its iPhone production from China to India. Just three weeks after the announcement of the iPhone 14, Apple announced last week that it has begun manufacturing the new phone in India. For the first time since its release, Apple began manufacturing a new phone outside China so soon after its release, according to WSJ. 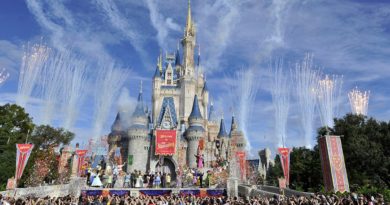 ‘It’s Our Position That Disney Will Pay Its Debts’: DeSantis Office