Independent energy retailer, ReAmped Energy in Brisbane, has taken the extraordinary step of suggesting its customer’s shop around for better deals warning they could be paying twice as much on their next power bill.

CEO Luke Blincoe said the energy market was “incredibly volatile” and that his company could not guarantee competitive prices in the short term.

“Australian households are already facing cost of living pressures and we don’t want to contribute to this any more than needed, so we are in the unpleasant position of advising customers that they can get better prices with other providers, and they should seek them out as quickly as possible,” he said in a press release (pdf) on May 31.

“There are still a handful of competitive deals in the market. No one really knows how bad it will get so we want people to act now.”

“Things have changed dramatically and very quickly—and the best thing you can do now is switch and save as much as you can. Staying with us could mean your prices have to double soon.”

ReAmped was launched in 2019 and now services around 70,000 customers across Queensland, New South Wales, Victoria, South Australia, and the Australian Capital Territory.

Blincoe said he expected the company to return to its “price-leading” position in the near future, and explained that the more customers ReAmped had, the more it had to push up retail prices to cover for increased wholesale rates—and to also limit the scale of its operations.

“By leaving, you are helping yourself, while helping to protect those who remain with us because we have no choice but to pass on the wholesale costs we’re facing.”

ReAmped is not the only small energy retailer adopting the same tactic, Discover Energy in Sydney simply shut off the sales function on its website to prevent an increase in customer numbers.

“Prices of oil, gas, and coal have seen significant increases because of world events such as the war in Ukraine and the after-effects of COVID-19 on energy supply chains have conspired to increase prices up to 500 percent in the case of spot gas,” according to a statement on May 12.

The company said the spot price for coal, gas, and hydroelectricity had tripled or doubled on the wholesale market.

“This has pushed the cost forward of the spot energy that small retailers must purchase to supply our customers.”

Australian energy markets have experienced extreme volatility in recent weeks with the regulator forced to implement a price cap on gas prices after a polar vortex drove up demand for heating.

However, critics like Queensland Senator Matt Canavan, said political intervention in the energy market, which is hampering the opening of new coal-fired generators, has left the market without enough leeway to deal with increased demand for electricity.

“This is not complicated. When green policies, like net-zero, shut down coal, gas, and oil supplies, the price of energy goes up. When you restrict the supply of something useful, the price of that thing goes up,” he wrote on Twitter on June 1.

The new Labor government has committed to increasing the portion of renewable energy sources in the national electricity market to 82 percent by 2030—currently, Australia sources 64.67 percent (pdf) of its electricity from coal-fired generation. 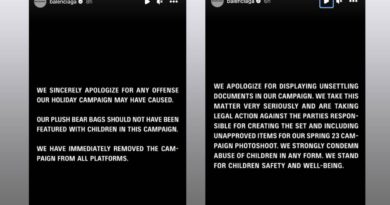 Americans Are Collecting Unemployment Aid at Their Lowest Rate Since 1970