Australia and Vanuatu have indicated closer security ties amid ongoing competition between democratic allies and Beijing in the South Pacific region.

The latest move comes after the Australian government inked a security deal with the Pacific nation Fiji in October.

The foreign minister said she was deeply proud that Australia was the “principal security partner of choice” for the Vanuatu government.

“Decisions about how a country wishes to engage with (Australia), what level of co-operation, what priorities that country articulates are issues for that sovereign nation,” she said in comments obtained by AAP.

“This is a relationship that is made stronger by a very broad range of links at government, business, and community levels,” he said, noting the labour mobility programs that allow Pacific Islanders to work in Australia and send remittances back home.

He also welcomed Australia’s building of new police barracks, the newly constructed Mala Base Wharf, and the handover of the police boat RVS Mataweli.

“It’s the whole renovation of buildings that have been constructed, and that’s really a new facelift for our Vanuatu mobile force, our police force,” he said.

Wong, Birmingham, as well as current Labor Pacific Minister Pat Conroy and his opposition counterpart Michael McCormack, are set to also visit Palau and the Federated States of Micronesia.

Napat denied any impending security arrangement with the Chinese Communist Party (CCP), a major lender for infrastructure projects on the island.

The CCP’s links to the region continue to trouble policymakers in Australia and the United States, with leaders stepping up diplomatic efforts to try to curb Beijing’s influence, including extensive aid donations, deployment of the U.S. Peace Corps, and building infrastructure.

In November, the Australian government even donated rifles and armoured vehicles to the Solomon Islands police force as part of its diplomatic offensive to win over the country’s leadership.

In April, Beijing and the Solomon Islands signed a security deal that would effectively allow the Chinese People’s Liberation Army to station troops, weapons, and naval ships in the region.

The move, however, has drawn criticism from Pacific expert Cleo Paskal who said there was little chance democratic allies could out-donate Beijing.

“Canberra is in an elite capture race with China that it will lose,” she previously told The Epoch Times.

On the whole, Pacific nations are divided in how they approach relations with Beijing.

While Palau President Surangel Whipps Jr. has been more sceptical.

“There’s a lot of Chinese investment in Palau. I think they’re the number one foreign investor now. This changes the political dynamic,” he told ABC Radio on Dec. 13.

“There’s been pressure on us to switch to China [from Taiwan] and Palau has been strong and saying that we are enemies to none and friends to all, and no one should tell us who our friends should be.”

Palau is one of four Pacific nations to retain diplomatic ties with Taiwan.

Oil Prices on Track for Weekly Gain Amid High US Demand 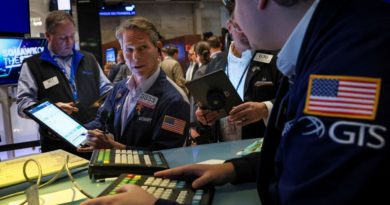