Companies exporting gas from Australia are 95 percent in foreign hands, a new analysis from a think tank shows.

The Australia Institute study has found seven out of 10 gas export projects are at least 90 percent owned internationally.

The institute’s senior research fellow and author of the analysis, David Richardson, says Australians are paying a fortune to largely foreign companies, who are making a windfall during the energy crisis.

“As gas companies lobby for ever-more expansion for export profit, Australians are entitled to ask how this industry is serving the national interest,” Richardson said.

The news comes as energy Minister Chris Bowen met with industry heads last week, flagging a renegotiation of a contract signed by the former federal government led by Scott Morrison, in order to allow more gas to be redirected from export to domestic supply.

Polling by the Australia Institute found Australians thought the foreign investment was “too big” despite underestimating the current scale of it.

“This research highlights the need for further work by the government to examine the extent of foreign ownership in Australia,” Richardson said. 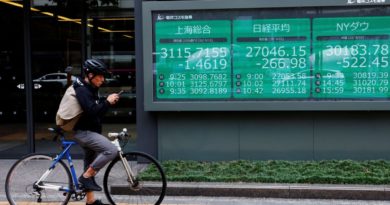 US Dollar Holds Firm Ahead of US Inflation Data