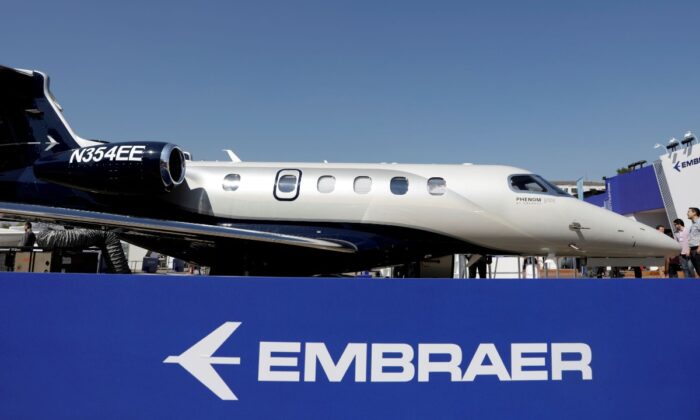 SAO PAULO—Embraer has signed a deal valued at more than $1.2 billion to sell an additional 100 aircraft to NetJets, the Brazilian planemaker said on Monday, sending its shares higher.

Embraer said it expects to deliver the Phenom 300E jets from the second quarter of 2023. NetJets is a U.S. company that offers shared ownership of private business jets.

Brazil-traded shares in Embraer were up 6 percent at 26.25 reais in early afternoon trading, outperforming the broader Bovespa stock index, which rose 0.70 percent.

NetJets, owned by Warren Buffett’s Berkshire Hathaway, plans to use the new aircraft in its U.S. and European operations, Embraer said.

The deal also includes a “comprehensive” service contract, according to Embraer.

A securities filing said Embraer’s agreement with NetJets is the second phase of a 2010 deal in which the U.S. company acquired 50 Phenom planes with an option to purchase an additional 75 aircraft.

Analysts at Guide Investimentos said the deal is positive for Embraer as it marks an operational resumption for the company, which was hit by the pandemic.

Stocks End Lower on Wall Street After Another Volatile Day