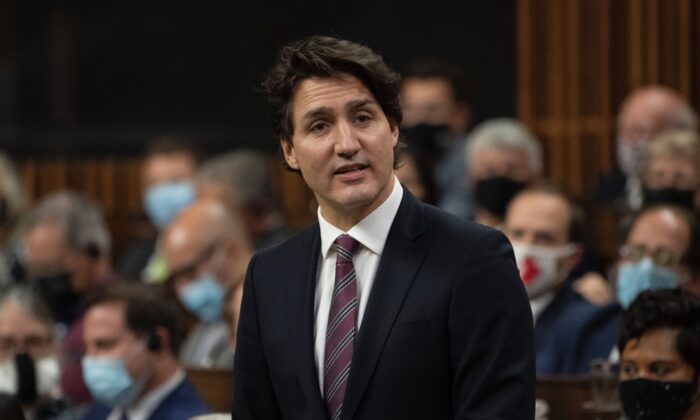 OTTAWA—The federal government is facing calls to use today’s throne speech to lay out a plan to help cool inflationary pressures.

Speaking ahead of this afternoon’s throne speech, Conservative finance critic Pierre Poilievre says the cost of living is being driven by Liberal policies and spending plans.

He is calling for the government to cut emergency benefits to unemployed workers to prod them to take available jobs, and not spend $100 billion in stimulus.

Business groups are similarly looking for the government to tap the brakes on its spending plans, worried that too much could spur inflation and hinder an economic recovery.

Adding to price pressures are snarled supply chains around the globe that have been unable to keep up with rising consumer demand for goods, which have helped push inflation to an 18−year high.

The Canadian Chamber of Commerce and Canadian Manufacturers and Exporters each say they’re looking to the throne speech for a plan to tackle the supply−chain issues.