TOKYO—Toyota Motor Corp. has discovered that even keys can be too “smart” for their own good.

The world’s top-selling carmaker said on Thursday it would replace one of the two electronic “smart” keys it delivers in Japan with a mechanical one for the time being as it races to get cars to customers in Japan.

“As the shortage of semiconductors continues, this is a provisional measure aimed at delivering cars to customers as quickly as possible,” Toyota said in a statement, apologizing for the inconvenience.

“As for the second smart key, we plan to hand it over as soon as it is ready,” it added.

A global chips shortage has caused a severe delay in car production and shipments, with many buyers having to wait years to get theirs delivered.

Toyota has been hit particularly hard this year, with natural disasters and other disruptions adding to their troubles.

Last week, the maker of Toyota and Lexus models warned that it would probably be unable to build the 9.7 million vehicles it had initially forecast for the current business year. 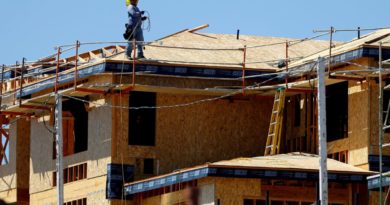 US Construction Spending Rebounds in November