Elon Musk has sold a further $6.9 billion of his shares in Tesla Inc., according to new filings with the Securities and Exchange Commission published on Aug. 9.

Musk sold 7,924,107 shares, according to multiple filings. He now owns just over 155 million shares in Tesla.

In April, Musk sold 8.5 billion worth of shares in the company just days after he agreed to purchase Twitter for $44 billion. At the time, the businessman stated that there were “no further TSLA sales planned.”

However, taking to Twitter on Aug. 10, the CEO of the electric vehicle maker said the latest share selloffs were done in the “hopefully unlikely” event that he would be forced to buy Twitter and would be unable to secure the funding needed for the deal.

The latest sales bring total stock sales by Musk to about $32 billion in the past ten months.

Asked by one Twitter user if he was finished selling Tesla shares after the latest selloffs were disclosed, Musk responded: “Yes. In the (hopefully unlikely) event that Twitter forces this deal to close *and* some equity partners don’t come through, it is important to avoid an emergency sale of Tesla stock.”

Musk said in April that he had “sufficient assets” to follow through on his bid for Twitter if it were to be approved.

When asked by another Twitter on Tuesday user if he would purchase Tesla stock again if he was not forced to go through with the deal to acquire the social media platform, Musk responded “yes.”

Musk filed to exit his multibillion-dollar deal with Twitter in July after claiming that the San Francisco-based company had failed to provide the necessary information needed to establish how many automated bots and fake accounts are on the platform.

Lawyers for the Tesla CEO claimed that for nearly two months he had sought data and information necessary to “make an independent assessment of the prevalence of fake or spam accounts on Twitter’s platform” which was “fundamental to Twitter’s business and financial performance” but that Twitter had failed to provide such information.

Twitter sued Musk shortly after to force him to follow through with the deal and hold him “accountable to his contractual obligations,” according to Twitter board Chairman Bret Taylor.

Musk then countersued Twitter although a public version of that lawsuit is not yet available.

Factories in Shanghai Struggling to Resume Production Under Lockdown 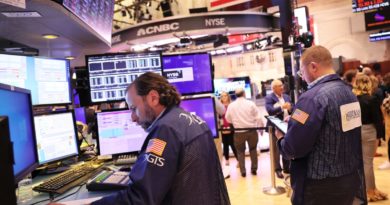