The economic rebound in emerging markets (EM) still has steam and is projected to run into next year, S&P Global said in a new report, but warned that EM risks are getting worse as inflation keeps accelerating, potentially driving faster-than-expected normalization of monetary policy, tighter financing conditions, and market volatility.

The EM economic recovery still hasn’t run its course, S&P Global said in a Dec. 16 report (pdf), noting that a number of sectors continue to operate below capacity, suggesting above-trend economic growth. Brazil and Turkey are exceptions to this forecast, with various policy moves contributing to elevated inflation expectations and higher uncertainty. Brazil’s economy is projected to grow by a lackluster 0.8 percent in 2022, while Turkey’s is expected to slow sharply to 3.7 percent from 9.8 percent in 2021.

Overall, risks to EM economies are worsening amid rising inflation in many key countries, the report says. The chief risks, labeled “high” and with a “worsening” trend, are COVID-19 aftershocks posing challenges to highly indebted governments and low-rated corporations, and quicker monetary policy tightening in the United States driving reduced access to credit markets and leading to volatile financing conditions.

“A resurgence of COVID-19 cases could hit hard, given that vaccination rates remain low in many EMs,” the report says, adding that “increasing prices could also prompt a faster-than-expected normalization of U.S. interest rates, possibly leading to tighter financing conditions and market volatility.”

Loose monetary conditions combined with fiscal stimulus and pandemic-related supply-side disruptions have pushed inflation in a number of countries to multi-decade highs. In the United States, consumer prices in November surged at their fastest annual pace in 39 years.

Credit spreads have also picked up in most emerging markets except in Asia, but even those in Asia remain over 40 basis points above end-of-2020 levels, according to S&P Global. Emerging markets in Latin America, as well as those in Europe, the Middle East, and Africa (EMEA), have reversed a gradual trend of spread compression, the report notes, reflecting investors’ fears over a faster monetary policy normalization in the United States and higher domestic inflation.

Surging inflation and signs of continued labor market tightening have prompted the Fed to double the pace of its wind-down of bond buys and raise its projections for rate hikes in 2022 from one to three. Rising interest rates mean borrowing costs will go up, as will debt sustainability concerns.

The S&P Global perspective dovetails with a recent report from the International Monetary Fund (IMF), which warned of an amplification of risks in highly-indebted jurisdictions if interest rates rise faster than expected.

“A significant tightening of financial conditions would heighten the pressure on the most highly indebted governments, households, and firms,”  If the public and private sectors are forced to deleverage simultaneously, growth prospects will suffer,” IMF economists Vitor Gaspar, Paulo Medas, and Roberto Perrelli wrote in a note. 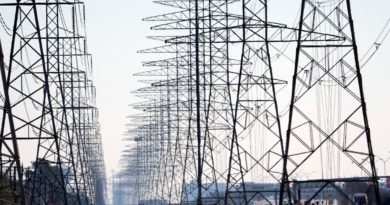