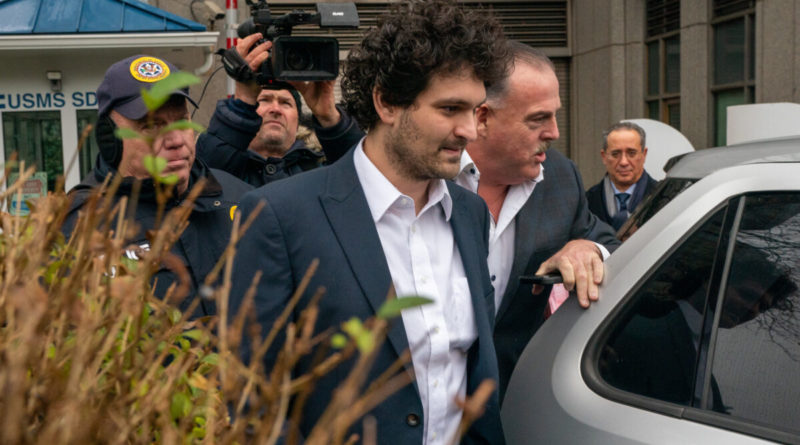 Former FTX crypto exchange CEO Sam Bankman-Fried, just extradited to the United States from a prison in the Bahamas, was freed on $250 million bail pending his trial on criminal fraud and money laundering charges.

Bail was posted by Bankman-Fried’s parents, Joseph Bankman and Barbara Fried, who put up their house as collateral. Bankman and Fried are compliance attorneys and professors at Stanford University, and are well-connected within the Democratic Party.

According to an official at the U.S. District Court in the Southern District of New York, where the charges were brought, the bail bond was posted in the form of a property bond, according to which the parents would forfeit their home to federal authorities if their son fails to show up in court. In addition, Bankman-Fried would owe the difference between the equity value of the forfeited house and $250 million.

When facing federal charges, defendants have two options to get out of jail before the trial. One option is to post a signature bond, which is a promissory note to pay the total amount of bail if the defendant skips trial. This is simply the defendant promising that he or she will show up in court.

According to Prison Professors, which provides expertise about the bail process, the signature bond is “now a widespread practice in federal court, replacing the need to pay bail bondsman ‘bailing’ someone out of jail.” While the waiving of cash bail has become commonplace today and increasing credence is given to the personal integrity of the accused, in Bankman-Fried’s case, the posting of physical collateral was considered prudent. However, since it can take time to get real estate titles pledged and liens established, federal courts often release a defendant based on his signature or the signature of some responsible person, until the paperwork for posting the property bond gets finalized.

Bankman-Fried exited the court in a gray suit after he was ordered to remain confined within his parents’ house in Palo Alto, California. In addition, his passport was taken, and he was required to undergo mental health treatment while at home. He is subject to electronic monitoring and is prohibited from opening new lines of credit or setting up new businesses.

Bankman-Fried was extradited from the Bahamas, where he had lived in a luxury beachfront resort called Albany since the FTX crypto exchange and the Alameda Research hedge fund set up shop there in 2021. He was being held in a prison in Nassau and was escorted to the United States by the FBI. His parents were reportedly staying with him in the Bahamas over the past month.

During testimony before Congress on Dec. 13, John Ray, who is in charge of sorting out the bankruptcy process for FTX and its affiliate companies, said he was also investigating Bankman and Fried. They were reportedly receiving payments from FTX, though it is unclear if they were employees or consultants, and were given a house that was purchased by FTX in a wealthy gated community in the Bahamas.

Fried is also a high-profile fundraiser for the Democratic Party, reportedly raising tens of millions of dollars in Silicon Valley through a PAC called Mind the Gap. Bankman-Fried was a major political donor in his own right, giving more than $70 million to political campaigns over the past two years. His $40 million donations during the 2022 midterms made him the second-largest donor to the Democratic Party in 2020 after George Soros. His business partner, Ryan Salame, reportedly gave $23 million to GOP candidates.

The Securities and Exchange Commission issued a warning to others in the crypto space who may be involved in illegal behavior, stating: “To those platforms that don’t comply with our securities laws, the SEC’s Enforcement Division is ready to take action.”

Kevin Stocklin is a writer, film producer, and former investment banker. He wrote and produced “We All Fall Down: The American Mortgage Crisis,” a 2008 documentary on the collapse of the U.S. mortgage finance system.

Russia’s Invasion of Ukraine Could Send US Gas Prices to $4 a Gallon, Analysts Say