A classic European carmaker has resorted to supplanting metal parts with cardboard composites in one of its latest designs, in the name of “resource uncertainty.”

France’s Citroën, a division of the auto-manufacturing giant Stellantis, announced the introduction of its new conceptual design vehicle called the “Oli,” in anticipation of global resource shortages.

The eco-friendly electric-powered car design was developed in partnership with German chemical producer BASF, which is producing the cardboard material.

Work on the design began in 2019, emerging in a market struggling with energy shortages caused by the pandemic and the war in Ukraine.

The Oli is supposedly easy to produce, efficient to run, and is built with long-lasting environmentally sustainable materials, with simplified features that are basic compared to most car designs today.

The car uses a specialized honeycomb cardboard instead of steel for the body of the car, and it is strengthened with plastic coating on both sides, which can withstand buckling due to pressure.

BASF claims that the boards are 50 percent lighter than steel.

An additional new feature is an inexpensive vertical windscreen design that reduces the amount of glass to save weight and also cuts the impact of solar radiation inside the vehicle, reducing the need for air conditioning.

Citroën also said that the new windscreen is expected to reduce power use on the Oli’s air-conditioning system by up to 17 percent.

However, a vent has been fitted on the hood to enhance the windscreen’s effect on its aerodynamics, which has been reduced on the vehicle.

Wire harnesses have also been removed from the doors, which now uses fewer parts and has manually operated windows to save power.

The key lock has been reintroduced, and the simplified dashboard utilizes information from the driver’s mobile phone for communication or entertainment, instead of a typical built-in console system.

The Lightweight Car of the Future?

The designers say that lightweight futuristic materials give the Oli a footprint the size of a small family SUV, while only weighing  at 1.1 tons.

“A typical mid-1970s’ family car weighed around 800 kilograms and was 3.7 meters long and 1.6 meters wide,” said Citroën CEO Vincent Cobée, in a press statement, boasting about the Oli’s size and light weight.

The most famous car historically made out of alternative materials was the compact-sized East German Trabant, which was manufactured during the Cold War.

The Trabant was made out of a flimsy thin material called “duroplast,” which was plastic reinforced with recycled cotton waste from the former Soviet Union, but the Oli is made with material far more advanced than the old East German vehicle.

The Oli is also powered by an electric engine instead of a two-stroke piston engine, with a more modern and sleek appearance.

However, to mitigate the effects of climate change and component shortages, Citroën designed the Oli to not exceed a maximum speed of 68 miles per hour.

The electric engine only has a small 40-kilowatt (KWh) battery, but its light weight and other mobility-enhancing features allow it to reach a maximum range of 250 miles, while only consuming energy at 6.2 miles per kWh.

The most advanced electric-vehicle (EV) designs currently only manage between four and five miles per kWh, on average.

The French EV is designed to be recyclable and easy to repair, with a three-generation lifespan, or about 50 years.

“It’s an object that will last, that we will be able to repair—always bearing in mind that we used resources to manufacture it,” said Laliron.

“We must, therefore, make it last as long as possible.”

“It is clear that what we have experienced in the last few years has further strengthened our intuition, our ambition,” she said, referring to the current energy shortages in Europe.

Renault, the rival French automaker, has had its low-cost division at Dacia come up with a similar futuristic concept called the “Manifesto” car.

The Manifesto is a minimalistic vehicle design that is extremely basic, with a cork dashboard that can allow the pinning of a paper road map in case there is no signal for GPS navigation.

Pain or Relief Ahead? US Stocks Say Goodbye to Worst First Half in 50 Years 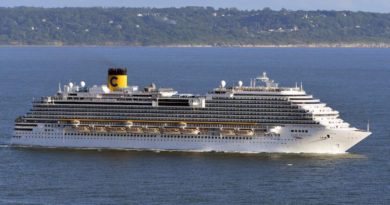