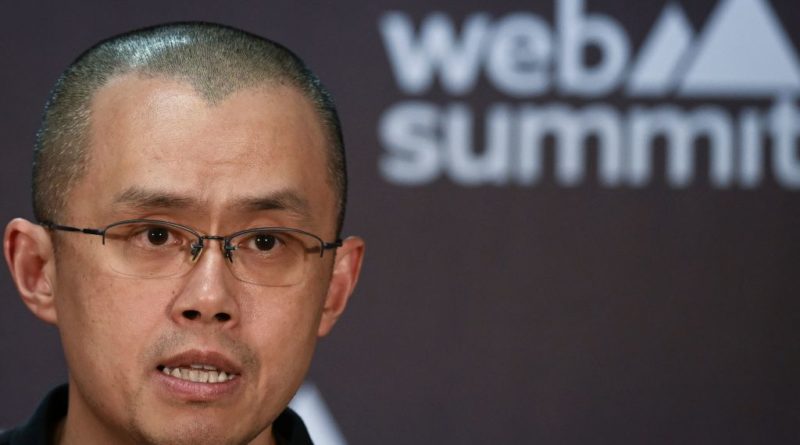 
After the FTX collapse, Binance co-founder and CEO Changpeng Zhao is grappling with challenges on numerous fronts.

As the industry deals with the high-profile fallout from FTX, billions of dollars are fleeing Binance, one of the world’s largest cryptocurrency exchanges. Further, Zhao has recently come under fire for being responsible for the FTX’s collapse, and he might be asked to return the $2.1 billion payment that Binance received when it sold its stake in FTX in 2019.

On Thursday, Zhao dismissed concerns that his company would be obliged to repay the money as a result of FTX’s bankruptcy proceedings.

“I think we’ll leave that to the lawyers. I think our legal team is perfectly capable of handling it,” Zhao told CNBC.

Binance’s 24-hour net outflow hit $3 billion on Dec. 13, one of the highest amounts of customer withdrawals, according to blockchain analytics firm Nansen.

In an interview on CNBC last week, O’Leary implied Binance was partly to blame for the FTX insolvency crisis. During a hearing before the Senate Banking Committee on Dec. 14, he reiterated his belief that the bankrupt crypto exchange was deliberately brought down by its rival Binance.

“In my view, my personal opinion, these two behemoths that own the unregulated market together and grew these incredible businesses in terms of growing were at war with each other, and one put the other out of business intentionally,” O’Leary said.

One of the biggest uses of cash for FTX in the past, according to O’Leary, was the purchase of Binance’s 20 percent stake in the company.

The TV host was paid $15 million by FTX to become a paid spokesperson for the company. O’Leary purchased $9.7 million worth of various cryptocurrencies through the FTX exchange, investments he has since marked down to zero, he said during the CNBC interview.

On Dec. 9, Zhao fired back, calling these statements “baseless” and accused O’Leary of aligning himself with a “fraudster.”

“We exited FTX 1.5 years ago,” the Binance CEO wrote on Twitter.

He went on to argue that corporate profligacy of his rival, Sam Bankman-Fried, as the more likely cause of missing funds. “FTX invested in a myriad of companies, totaling to $5.5+ billion,” he said.

On Dec. 12, Bankman-Fried was arrested by Bahamas law enforcement at the request of U.S. prosecutors. The 30-year-old entrepreneur was charged with eight criminal counts, including wire fraud, commodities fraud, securities fraud, money laundering, and fraud against the United States.

In a rare public interaction between the two founders, Bankman-Fried responded to Zhao’s accusations on Nov. 9, days before his arrest.

“You won, @cz_binance. There’s no need to lie,” the FTX founder replied on Twitter.

“We initiated conversations around buying you out, and we decided to do it because it was important for our business,” he continued.

There’s no need to lie, now, about the buyout.

We initiated conversations around buying you out, and we decided to do it because it was important for our business.

And while I was frustrated with your ‘negotiation’ tactics, I chose to still do it.

Bankman-Fried also accused Zhao of overly aggressive negotiation tactics, claiming Zhao used his position to demand an extra $75 million at the last minute of the 2021 deal.

Following the collapse of FTX, Binance is seeking to reassure customers about the safety of their holdings. Crypto exchange has started to release data to build trust, but the finances behind Zhao’s exchange “remain a mystery,” according to a Wall Street Journal article.

Binance recently hired an outside accounting firm to create a “proof of reserve report,” disclosing some of the company’s financials. Falling short of a full audit, the report predominantly denotes bitcoin-denominated assets and liabilities.

A Binance press release in late November referenced some of the information as “audit results.” According to the article, Douglas Carmichael, former chief auditor of the U.S. Public Company Accounting Oversight Board, found the disclosure unsatisfactory.

“I can’t imagine it answers all the questions an investor would have about the sufficiency of collateralization,” Carmichael said. “It is a gross misrepresentation to call this an audit.”

Liam Cosgrove works as a freelance journalist covering business, markets, and finance. He received his bachelor’s degree in mathematics from the University of California, Santa Barbara.

Emel Akan writes about business and economics. Previously she worked in the financial sector as an investment banker at JPMorgan. She graduated with a master’s degree in business administration from Georgetown University.