Somewhat reassuring to market watchers was Japan’s revised seasonally adjusted real gross domestic product, or GDP, for the second quarter, which was revised upward to an annual rate of 3.5 percent growth, better than the initial estimate of 2.2 percent.

Data showed private consumption and business spending are holding up in the world’s third-largest economy, which has managed to grow for three straight quarters. The on-quarter growth for GDP, the sum of the value of a nation’s products and services, was revised upward to 0.9 percent from 0.5 percent. The annual numbers show how the economy would have grown if the quarterly rate were to continue for a year.

“Economic conditions in the region will continue to be in focus, with China’s trade balance data yesterday revealing challenges in both external and domestic demand,” said Yeap Jun Rong, market strategist at IG in Singapore. China’s trade weakened in August as high energy prices, inflation, and anti-virus measures weighed on global and Chinese consumer demand, and imports of Russian oil and gas surged.

Investors are also watching for what may happen with interest rates at the European Central Bank’s meeting, as well as for comments from U.S. Fed Chair Jerome Powell later Thursday.

Market focus remains on the highest inflation in decades and the Fed’s attempt to rein it in with high interest rates. The U.S. central bank has already raised rates four times this year and markets expect it to deliver another jumbo-sized increase of three-quarters of a percentage point at its next meeting in two weeks.

The central bank has been clear about its determination to continue raising rates until it feels that inflation is leveling off or cooling. In June, Fed officials projected that the benchmark rate will reach a range of 3.25 percent to 3.5 percent by year’s end and roughly a half percentage point more in 2023. 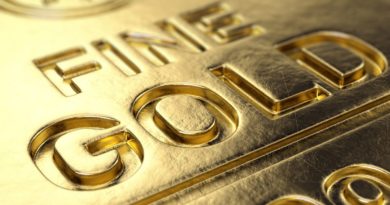 Closing Prices for Crude Oil, Gold and Other Commodities (Nov. 11)