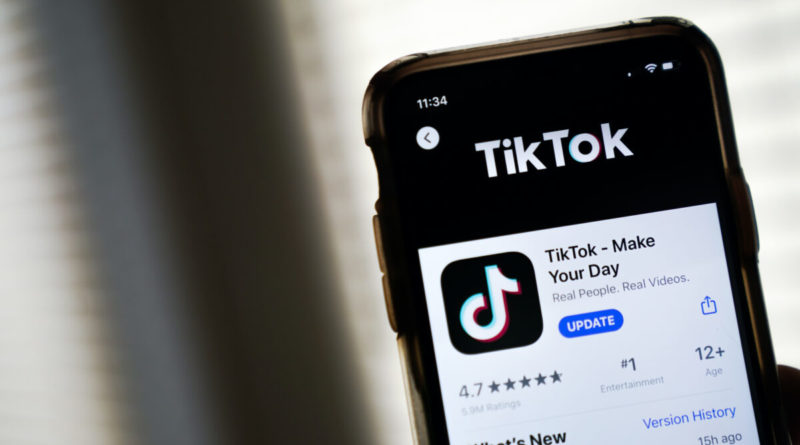 
A trending “invisible challenge” on TikTok is being used by hackers to steal users’ passwords, credit card data, and Discord accounts, according to a report.

The TikTok challenge sees users film themselves naked while using the video-sharing site’s “Invisible Body” filter to blur out the body, making it appear invisible.

The latest trend on TikTok, which is owned by Beijing-based ByteDance, currently has over 27 million views under the tag #invisiblefilter.

However, hackers have jumped to cash in on the challenge by making videos in which they claim to offer a special “unfiltering” filter that will remove the TikTok filter and expose users’ bodies, according to Bleeping Computer.

The software offered by the hackers is allegedly fake and instead deploys the “WASP Stealer (Discord Token Grabber)” malware onto user’s devices, allowing the hackers to steal accounts on the instant messaging platform, Discord, as well as passwords and credit cards stored on browsers.

The software is also capable of stealing cryptocurrency wallets, according to the report.

According to a blog post by security software company Checkmarx, two TikTok users had posted videos on the platform promoting the allegedly fake software along with a link to join a Discord server titled “discord.gg/unfilter” so that they could receive it.

The two accounts have since been removed from TikTok but over 30,000 members have joined the Discord server, according to the blog post.

“These attacks demonstrate again that cyber attackers have started to focus their attention on the open-source package ecosystem; We believe this trend will only accelerate in 2023,” the blog post states.

The latest attempt by hackers to steal users’ information comes as the use of TikTok has soared among teenagers in the United States in recent years, with data from the Pew Research Center published in August showing that 67 percent of 13- to 17-year-olds use the platform.

The data was based on a survey of 1,316 American teens.

Washington officials have repeatedly warned that TikTok poses national security risks and data on users could fall into the hands of the Chinese Communist Party, although the company has denied such allegations and says it stores user data on servers outside of China and does not provide Beijing with access to that information.

Announcing the legislation in an op-ed in The Washington Post on Nov. 10, the senators said that the Chinese social media app poses a “major threat to national security” that could be used to “exacerbate discord in American society” and “fan the flames of domestic division.”

“Unless TikTok and its algorithm can be separated from Beijing, the app’s use in the United States will continue to jeopardize our country’s safety and pave the way for a Chinese-influenced tech landscape here,” the senators wrote.

TikTok is currently being reviewed by the Committee on Foreign Investment in the United States to examine possible national security risks.