The IRS has said it will “absolutely not” be increasing audit scrutiny on small businesses or middle-income Americans amid concerns over Democrats’ Inflation Reduction Act, which provides nearly $80 billion in IRS funding, including $45.6 billion for “enforcement.”

IRS Commissioner Charles Rettig made the comments in a letter to members of the Senate on Aug. 4 (pdf) in which he stated that the extra resources will “get us back to historical norms in areas of challenge for the agency,” such as large corporate and global high-net-worth taxpayers and multinational taxpayers with international tax issues.

Those issues, he said, would require “sophisticated, specialized teams in place that are able to unpack complex structures and identify noncompliance.”

“These resources are absolutely not about increasing audit scrutiny on small businesses or middle-income Americans,” Rettig added. “As we’ve been planning, our investment of these enforcement resources is designed around the Department of the Treasury’s directive that audit rates will not rise relative to recent years for households making under $400,000.”

The Inflation Reduction Act was approved in a 51–50 vote in the Senate this week, with Vice President Kamala Harris serving as a tie-breaker for Democrats.

It includes a provision allocating billions of dollars in taxpayer services, business systems modernization, and operations support as well as “enforcement” to the IRS over the next 10 years.

A Treasury Department report from May 2021 (pdf) estimated that such an investment would enable the agency to hire roughly 87,000 employees by 2031.

Those at the Top Avoiding Tax?

“These appropriated funds are to remain available until September 30, 2031, and no use of the funds is intended to increase taxes on any taxpayer with taxable income below $400,000,” the provision states.

Democrats have argued that the funding is needed because “hardworking American families pay their taxes on time while wealthy millionaires and billionaires avoid paying the taxes they owe to the federal government” and the IRS needs to tackle this.

“Without these new investments, those at the top will be able to get away with more and more tax avoidance. That’s not fair to the tens of millions of honest, hardworking taxpayers who play by the rules,” lawmakers said.

Democrats have pointed to a May report from the Government Accountability Office showing that IRS audits have dropped over the past decade for all income levels, including higher-income taxpayers.

A March 2021 report (pdf) by the Treasury Inspector General for Tax Administration found that IRS audits had dropped by 44 percent overall between fiscal years 2015 and 2019.

The IRS has blamed the declining audit rates on staffing issues and the lack of experts needed to handle complex higher-income audits.

They have also cited a recent poll by Data for Progress, in which nearly three-quarters of Americans said they believe the IRS should conduct more tax audits of large corporations and millionaires.

However, critics of the move have raised concerns that the IRS would use the extra “enforcement” money and tens of thousands of extra agents to target middle-class Americans instead.

Sen. Ted Cruz (R-Texas), who voted against the Inflation Reduction Act this week, said the extra IRS agents will “target Americans with 1.2 million new audits, more than half of which would be for people making less than $75,000 a year.”

“This bill is a giveaway to the Democrats’ radical leftist base at the expense of middle-class Americans. It’s a betrayal of President [Joe] Biden’s promise to not raise taxes on the middle class. Make no mistake—this bill will hurt America and hardworking Americans at a time when we can least afford it,” Cruz wrote in an Aug. 7 statement.

Rep. Tom Emmer (R-Minn.), who is the chairman of the National Republican Congressional Committee (NRCC), told Fox News Digital on Aug. 8 that Biden is “building an army of IRS agents to harass and bully the middle class.”

“It’s something that should concern every American taxpayer,” Emmer stated. “The IRS targeted conservatives during the Obama administration, so it’s fair to wonder whether Joe Biden will use his new IRS army to attack conservatives.”

Elsewhere, Sen. Mike Crapo (R-Idaho), the ranking Republican member of the Senate Finance Committee, said the newly-bolstered IRS would go after individuals earning less than $400,000 as opposed to tax cheats and millionaires.

“My colleagues claim this massive funding boost will allow the IRS to go after millionaires, billionaires and so-called rich ‘tax cheats,’ but the reality is a significant portion raised from their IRS funding bloat would come from taxpayers with income below $400,000,” he said in an Aug. 7 statement.

According to the Congressional Budget Office, the financial enhancement to the IRS is expected to bring in $203.7 billion in revenue from 2022 to 2031. 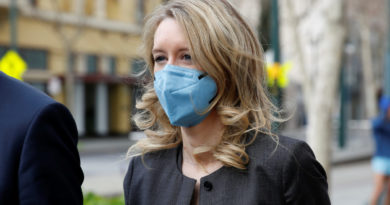