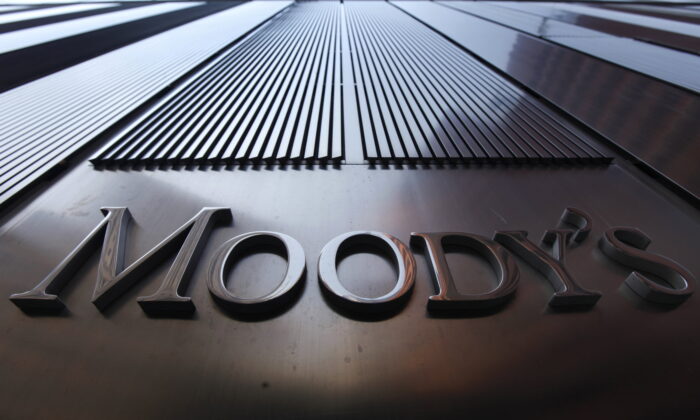 A Moody’s sign on the 7 World Trade Center tower is photographed in New York, on Aug. 2, 2011. (Mike Segar/Reuters)

Moody’s said on Thursday it has withdrawn all ratings on Russia and its rated Russian sub-sovereign entities.

The company said it had decided to withdraw the ratings for its own business reasons.

Last week, Moody’s had announced its intention to withdraw its credit ratings on the entities, following similar moves by Fitch and S&P Global Ratings.