NATO chief Jens Stoltenberg said Wednesday that the alliance is planning to deploy “substantially more forces” to its eastern flank amid the ongoing war in Ukraine, though he rejected any role for NATO forces on Ukrainian territory or in its airspace.

“On land, our new posture should include substantially more forces in the eastern part of the alliance, at higher readiness, with more pre-positioned equipment and supplies,” Stoltenberg told reporters in Brussels, Belgium, at the end of an emergency meeting of NATO defense ministers.

Weapons shipments from NATO countries to Ukraine will continue, however, despite the risk that transport convoys could come under Russian attack, according to Dutch defence minister Kajsa Ollongren, who told reporters that, “Ukraine has the right to defend itself.”

Russia recently warned that military aid shipments to Ukraine would be treated as “legitimate targets” and later launched over 30 missiles at a training facility in Yavoriv, near the city of Lviv, killing 35 people and wounding 134, according to Ukrainian officials.

U.S. Defense Secretary Lloyd Austin said as he arrived at the emergency meeting in Brussels that NATO remains unwavering in its support for Ukraine.

“We support their ability to defend themselves and will continue to support them,” he said.

Ukrainian President Volodymyr Zelensky has asked NATO to impose a no-fly zone over his country, a move repeatedly rejected by the alliance as too escalatory and running the risk of triggering a NATO-Russia war.

Speaking after chairing the emergency meeting in Brussels, the NATO chief again categorically ruled out any role for the military organization in setting up and enforcing a no-fly zone.

“NATO should not deploy forces on the ground or in the air space over Ukraine because we have a responsibility to ensure that this conflict, this war, doesn’t escalate beyond Ukraine,” he said.

Stoltenberg conceded that “we see human suffering in Ukraine, but this can become even worse if NATO (takes) actions that actually turned this into a full-fledged war between NATO and Russia.”

He said the decision not to send air or ground forces into Ukraine is “the united position from NATO allies.”

Earlier Wednesday, Estonia urged its 29 NATO partners to consider setting up a no-fly zone, while Poland called for a peacekeeping mission in Ukraine under the auspices of NATO or a broader international alliance.

Factories in Shanghai Struggling to Resume Production Under Lockdown 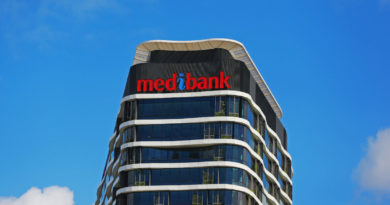