Australia’s public broadcaster has been forced to apologise on behalf of prominent health editor and broadcaster Norman Swan for incorrectly linking the deaths of cricketer Shane Warne and Labor Senator Kimberley Kitching to COVID-19.

For much of the pandemic, Swan was a regular public face on the Australian Broadcasting Corporation (ABC) where he pushed governments to adopt a suppression strategy to deal with the virus, including tough restrictions, mask mandates, and vaccine rollouts.

Kitching had never been diagnosed with COVID-19.

Both she and Warne are suspected of having died from sudden heart attacks earlier this year. They were both 52.

ABC apologised through television host Michael Rowland who said the broadcaster was issuing an apology suggesting that there was a “COVID link to the deaths” of both individuals.

“Dr. Swan says he personally apologised to Senator Kitching’s husband yesterday and that he made an error that he regrets.”

“You can’t go wrong if you just avoid making assumptions about individuals and speculating about causes of death, particularly when they were both so tragic,” he told 2GB radio on Nov. 16.

He also questioned why Swan was citing a study from 2020.

“This was pre-vaccine, pre-Omicron waves, pre-the amount of hybrid immunity we’ve got in the community,” he said.

Later on Twitter, Coatsworth wrote: “At the end of the day, the only conclusion we can reach is that you can’t be ‘Australia’s most trusted doctor,’ if you haven’t seen a patient since the 1980s. The ABC may wish to reflect on that.”

Coatsworth has been a vocal critic of continuing the harsh suppression policies that swept much of Australia during the pandemic years.

A local October study labelled those policies “excessive” and “harsh.”

Meanwhile, Australian health officials are warning of a potential “variant soup” of COVID-19 strains supposed to sweep the country.

Chief Medical Officer Paul Kelly announced earlier in the month that all evidence suggested a new wave had arrived in Australia along with overseas variants such as Omicron subvariants BQ.1, XBB, and BA.5.

“The experience to date with these variants overseas is that they do not appear to pose a greater risk of severe illness and death—and that the COVID-19 vaccines provide good protection against these outcomes,” he said in a statement. 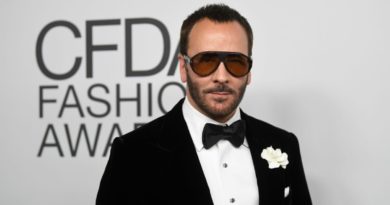 Estee Lauder to Buy Tom Ford in a Deal Valued at $2.8 Billion