The S&P 500, which serves as a broader barometer of U.S. equities, now sits more than 20 percent off its record close in January, which is technically bear market territory. The index traded below the 20-percent threshold briefly intraday nearly a month ago before narrowly dodging closing below the psychological barrier. A lower close on Monday would confirm the S&P 500 is in a bear market.

Nick Reece, VP of macro research and investment strategy at Merk Investments, told The Epoch Times in a recent emailed statement that “the 20 percent decline threshold for defining a bear market is a somewhat arbitrary cutoff point” and, as such, its significance is more psychological than material. Still, he said he believes it’s likely that the current S&P 500 drawdown will exceed 20 percent peak to trough and so will “technically” confirm a bear market but will not match the depth of the 2007–2008 financial crisis.

“Though it’s no guarantee of the outcome, I continue to view the most recent all-time high (on Jan 3rd) as historically inconsistent with past major market tops and therefore unlikely to produce a major bear market like that of the early 2000s or 2007–2009 (on the S&P 500),” he said.

Meanwhile, a recessionary red flag was raised on Monday when the yield curve inverted on the bellwether 2-year/10-year U.S. Treasury spread on expectations that the Federal Reserve might tighten monetary policy settings more abruptly and quickly in an effort to tame soaring inflation.

The U.S. 2-year Treasury yields climbed above 10-year borrowing costs on June 13 for the first time since a brief inversion in April, with the gap falling to as low as minus 0.02 percentage points, Tradeweb prices showed.

The closely-watched spread between the 2-year and 10-year Treasury yield is viewed by many analysts as one of the most reliable recession red flags.

The U.S. economy contracted by 1.5 percent in the first quarter, with a recession generally defined as two consecutive quarters of negative economic growth.

Where to Go for Social Security Help 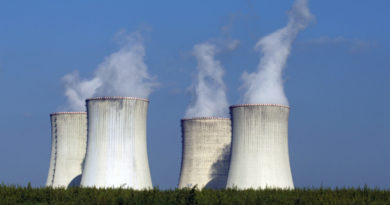