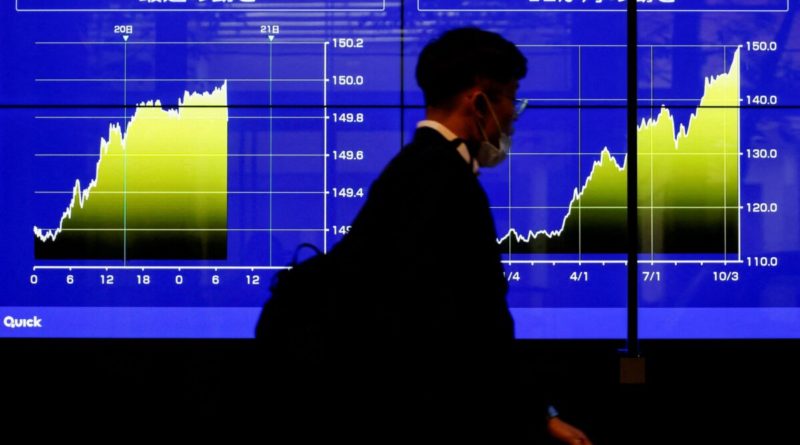 
LONDON—Global stocks pared losses and the dollar fell on Wednesday after U.S. President Joe Biden told G7 and NATO partners that a missile blast in Poland was caused by a Ukrainian defense missile, dispelling fears that it originated from Russia.

Initial relief among investors was enough to encourage some flows back into equities and commodities, but with concern still simmering over the chances that the Ukraine conflict could spill into neighboring countries, risk assets struggled to gain much upward momentum.

The MSCI All-World index was virtually unchanged on the day, having fallen by as much as 0.2 percent overnight when news of the explosion, which killed two people, broke.

“The core belief is still this isn’t going to cause an escalation. This is whatever it was, but it was not an attack on Poland and Biden’s comments took the tension out of it,” Societe Generale strategist Kit Juckes said.

When the missile struck, NATO member Poland first said a Russian-made rocket was responsible and summoned Russia’s ambassador to Warsaw for an explanation after Moscow denied it was responsible.

The dollar, which acts a safe haven in times of geopolitical or market turmoil, rallied as much as 0.7 percent overnight, before tracking lower in European trading and was last down 0.3 percent against a basket of major currencies.

“The initial reaction was understandable given that any deliberate strike on a NATO member would mark an enormous escalatory step,” Deutsche Bank strategist Jim Reid said.

“It soon became apparent that this was highly unlikely to be a direct attack, and the overnight comments mentioned at the top suggest a rapid de-escalation.”

Biden said the United States and its NATO allies were investigating the blast but early information suggested it may not have been caused by a missile fired from Russia.

The euro was last up 0.6 percent on the day at $1.0411, while sterling was roughly flat at $1.1865, after UK data showed consumer inflation picked up by a lot more than expected in October.

With geopolitical tensions injecting some volatility into the broader markets, benchmark 10-year Treasury yields were almost unchanged on the day at 3.807 percent. On Tuesday, yields fell to their lowest in over a month.