Electric vehicle maker Tesla Inc. will cut down its salaried workforce by 10 percent over the next three months, amounting to a roughly 3.5 percent reduction in total headcount at the company, CEO Elon Musk said on June 21.

“We grew very fast on the salaried side,” Musk said in an interview with Bloomberg News Editor-in-Chief John Micklethwait at the Qatar Economic Forum.

The businessman noted that he believes Tesla’s headcount will be higher in salaried and hourly workers a year from now but that currently, the reduction will be 3 percent to 3.5 percent.

Tesla, headquartered in Austin, Texas, had about 100,000 employees globally at the end of 2021, but Musk has warned that he had a “super bad feeling” about the U.S. economy and told the company to “pause all hiring worldwide” while noting that the company would need to cut 10 percent of its workforce.

Earlier in June, the businessman informed Tesla staff of the planned cuts in an email, stating that the company had become “overstaffed in many areas,” according to Electrek.

The cuts, Musk said in the email, do not “apply to anyone actually building cars, battery packs or installing solar” while “hourly headcount will increase.”

Roughly 39 percent of Tesla’s 100,000 or so workers were “production line employees” as of Dec. 31, 2021, according to Tesla’s annual filing submitted to the U.S. Securities and Exchange Commission.

However, the recent cuts have not gone down well with some employees, namely two former workers at Tesla’s Gigafactory in Sparks, Nevada, who filed a lawsuit against the company on June 19, stating that they were not given enough notice of their terminations.

The lawsuit states that Tesla violated the Worker Adjustment and Retraining Notification Act, which requires employers to provide written notices to workers at least 60 calendar days before a mass layoff.

“Tesla has failed to give Plaintiffs and the Class Members any advance written notice of their terminations,” the lawsuit states. “Instead, Tesla has simply notified the employees that their terminations would be effective immediately. Tesla has also failed to provide a statement of the basis for reducing the notification period to zero days advance notice.”

Musk appeared to play down the lawsuit during his June 21 interview, telling Micklethwait, “Let’s not read too much into a preemptive lawsuit that has no standing.”

Musk also shared his thoughts on the chances of a recession in the U.S. economy, stating that an economic downturn is “inevitable at some point” and would likely happen in the not-so-distant future.

Despite growing fears among economists that a recession could be a possibility, the Biden administration has maintained its stance that this is an unlikely scenario.

When asked on June 20 by a reporter about experts stating that a recession is more likely than ever, President Joe Biden rebuffed the comment, telling the reporter: “Not — the majority of them aren’t saying that. Come on, don’t make things up, OK?”

“Now you sound like a Republican politician,” Biden said, before insisting his comment was a joke. “But all kidding aside, no I don’t think it is. I was talking to Larry Summers this morning, there’s nothing inevitable about a recession.” 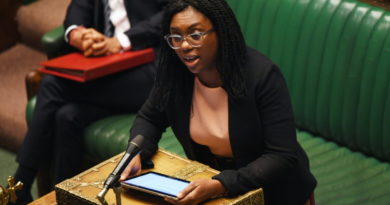