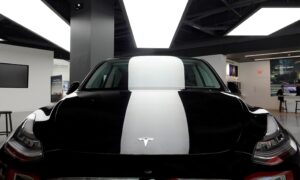 The annual cars.com “American-Made Index,” which lists the vehicles that are most made in the U.S., has been released and Tesla Inc. is dominating the chart.
While Tesla’s Model 3 lost the top spot it had in 2021, it was overtaken this year by the Tesla Model Y, sending the Model 3 to No. 2, which used to be held by the Ford Mustang.
Out of the top six most made-in-American vehicles, Tesla has four of those spots, representing all available cars offered by the Texas based automaker. The top six list can be seen below.
1. Tesla Model Y
2. Tesla Model 3
3. Lincoln Corsair
4. Honda Passport
5. Tesla Model X
6. Tesla Model S…