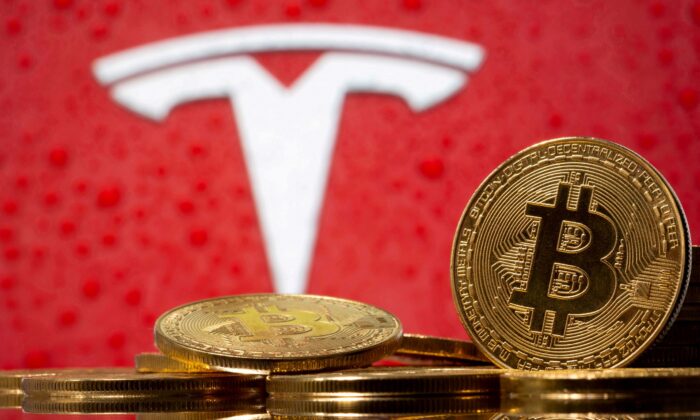 Representations of virtual currency bitcoin are seen in front of Tesla logo in this illustration taken, on Feb. 9, 2021. (Dado Ruvic/Reuters)

Tesla Inc. said on Monday the fair market value of the electric-vehicle maker’s bitcoin holdings as of Dec. 31 was $1.99 billion.

In its annual filing with the U.S. Securities and Exchange Commission, Tesla, which had invested $1.50 billion in bitcoin last year, said it registered about $101 million in impairment losses last year due to the value of bitcoin.

The company said it gained $128 million on sales of bitcoin after selling a portion of its holdings in March. Tesla has not disclosed any change to its bitcoin holdings since.

Fears of Recession Intensify as US Inflation Rises to 8.5 Percent