U.S. home price increases in August slowed at the fastest pace on record amid surging mortgage rates, according to a new report.

Prices climbed 13.0 percent nationally in August as compared with the previous year, or down from 15.6 percent in July, according to the S&P CoreLogic Case-Shiller index. It noted that it’s the largest deceleration in the history of the index.

“The forceful deceleration in U.S. housing prices that we noted a month ago continued in our report for August 2022,” Craig Lazzara, with S&P Dow Jone Indices, said in a statement. “Price gains decelerated in every one of our 20 cities. These data show clearly that the growth rate of housing prices peaked in the spring of 2022 and has been declining ever since.”

Homes where prices gained the most were in Miami; Tampa, Florida; and Charlotte, North Carolina, according to the report. San Francisco, Seattle, and San Diego saw the largest monthly declines, it noted.

Mortgage rates have surged as the Federal Reserve continues to hike interest rates aggressively in a bid to curb inflation. Data from Freddie Mac said that mortgage rates have hit their highest levels since 2002.

“With monthly mortgage payments 75 percent higher than last year, many first-time buyers are locked-out of housing markets, unable to find homes with budgets that have lost $100,000 in purchasing power this year,” said George Ratiu, a senior economist at Realtor.com, CNBC reported.

The 30-year fix-rated mortgage hit 6.94 percent in the week ending on Oct. 20. That is more than double than just a year ago when rates were 3.09 percent.

“Application volumes for both refinancing and home purchases declined and continue to fall further behind last year’s record levels. The news that job growth and wage growth continued in September is positive for the housing market, as higher incomes support housing demand. However, it also pushed off the possibility of any near-term pivot from the Federal Reserve on its plans for additional rate hikes,” Mike Fratantoni, the chief economist of the Mortgage Bankers Association, said in a statement earlier this month.

The U.S. central bank has hiked rates by 75 basis points during its past three meetings. Another one is scheduled for the end of October, where analysts say another rate hike should be anticipated.

Data released by the Department of Labor show that the consumer price index, a key inflation metric, rose 8.2 percent year-over-year in September, running near 40-year highs

And because of the attempts to curb high inflation, some CEOs have warned that a recession will likely hit the U.S. in the coming months. Economic modeling from Bloomberg News places the odds of a recession at 100 percent. 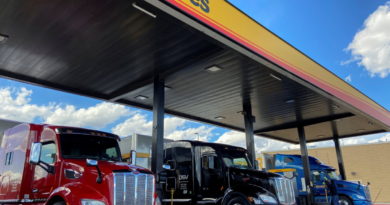 US Corporate Bankruptcies Are Creeping Up: S&P Global Data