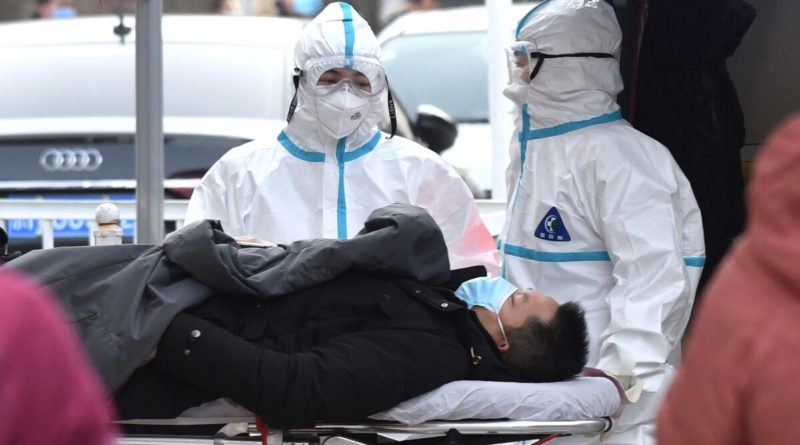 
Ten famous Chinese medical experts passed away soon after Beijing lifted its zero-COVID policy. Most of them were members of the Chinese Communist Party (CCP), and two were allegedly involved in the live organ harvesting of prisoners of conscience.

While the Chinese media reported the deaths resulting from “illness,” they didn’t provide additional information, causing Chinese netizens to speculate.

Sun Zengzheng, a CCP member, a well-known dermatologist, and one of the founders of the Dermatology Department of Wuhan First Hospital, died of illness in Wuhan at the age of 94 on Dec. 20. Before her death, Sun received a special allowance from the State Council, a reward system for high-level professionals.

On the same day, Cao Laiying, a CCP member and a well-known expert in gynecology and obstetrics at the People’s Hospital of Wuhan University, died from a sudden illness in Wuhan at the age of 69.

Wei Shuli, a CCP member and a famous pharmacist, died of illness in Beijing at the age of 88 on Dec. 19. Wei was the head of the Department of Pharmacy at Beijing Medical University and a member of the School Affairs Committee. She was also involved in the university’s School of Medicine for more than 40 years and presided over major national scientific research projects.

Jiang Ming, a CCP member, a physician at Peking Union Medical College Hospital, and a pioneer of rheumatology and immunology, died of a heart attack at the age of 92 on Dec. 18. Her research in rheumatology won the third prize in China’s National Science and Technology Progress. She was also the editor for China’s first comprehensive monograph, “Rheumatology.”

Jiang was allegedly involved in the live organ harvesting of Falun Gong practitioners, according to a 2006 report by Minghui.org, a website dedicated to recording and reporting the persecution of Falun Gong in China.

Falun Gong, also known as Falun Dafa, is a spiritual practice that includes meditative exercises and a set of moral teachings based on the principles of truthfulness, compassion, and tolerance. Its popularity, drawing an estimated 70 million to 100 million adherents in China by 1999, was perceived by the Party as a threat to its authoritarian control over society. In July 1999, the CCP launched a persecution campaign against Falun Gong. Millions of adherents have been detained in jails, detention centers, labor camps, and other facilities across the country, where they’re subjected to torture, slave labor, indoctrination, and forced organ harvesting.

Wang Bangkang, a CCP member and a prominent dental educator, died of illness in Beijing at the age of 85 on Dec. 17. He received the Outstanding Contribution Award for Chinese dental education and was one of the earliest founders of fixed orthodontics in China.

Li Zejian, a famous cardiothoracic surgeon and former director of cardiothoracic surgery at Peking Union Medical College Hospital, died of illness at the age of 88 on Dec. 16. Li was a member of the standing committee and secretary-general of the Thoracic and Cardiovascular Surgery Branch of China’s Chinese Medical Association for three consecutive terms.

Chen Dechang, a CCP member and the founder of intensive care medicine, died of illness at the age of 90 on Dec. 10. In 1982, he established China’s first ICU unit. He also presided over establishing the Critical Care Medicine Professional Committee of the Chinese Society of Pathophysiology.

On the same day, Jiang Zhiqiang, a CCP member and an associate professor at Zhongshan School of Medicine at Sun Yat-sen University, died in Shenzhen at the age of 40 due to a sudden illness.

Peng Baogang, a CCP member, a well-known hepatobiliary surgery expert, and former director of general surgery at the First Affiliated Hospital of Sun Yat-sen University, died of illness in Guangzhou at the age of 59 on Nov. 30,

The First Affiliated Hospital of Sun Yat-sen University was suspected of participating in live organ harvesting, according to the World Organization to Investigate the Persecution of Falun Gong (WOIPFG). The hospital allegedly had a brain death center suspected of serving as a living organ donor bank.

Li Guozhen, a CCP member and a famous medical imaging scientist, died of illness on Nov. 27 at the age of 107. She was the former director of the Radiology Department at Beijing Hospital, and a member of the 4th to 7th National Committee of the Chinese People’s Political Consultative Conference.

A Chinese netizen commented, “It is indeed a bit strange that they died in December one after another—especially on the 16th, 17th, 18th, and 19th.”

Another said: “They all died of ‘illness’ without specific reasons. It’s hard not to contemplate why.”

Xiao Lusheng contributed to this report.

China Seeks to ‘Destabilize Nations’ Throughout the World: Gen. Milley

US Working to Hold Beijing Accountable for Not Taking Back 40,000 Chinese Illegal Immigrants: State Department