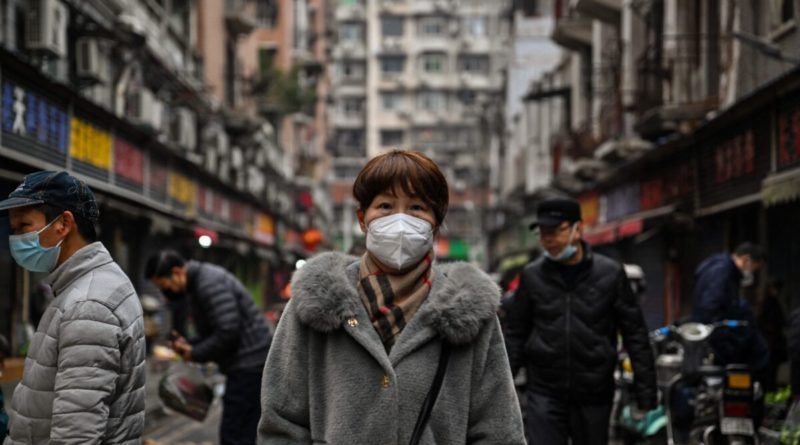 
Eighty percent of people in China have been infected with COVID-19 amid Lunar New Year celebrations, a top Chinese health official said on Saturday.

China has seen a surge in COVID-19 cases across the country. Most of the population has been infected, according to officials and studies, and crematoriums and hospitals have been overwhelmed. But the regime’s ongoing coverup of the death toll makes it difficult to ascertain the true scale of the outbreak.

Wu Zunyou, the chief epidemiologist of China’s Disease Control and Prevention Center, said in a Weibo post that 80 percent of the population had been infected in the latest outbreak. His comment aligns with statements made by other Chinese officials in recent weeks, and a study showing that 900 million Chinese had been infected.

The explosive outbreak raised concerns about the possibility of a second wave in the coming months amid the Lunar New Year travel rush. The Ministry of Transport expected over 5 billion passenger trips during the festive season.

Overcrowded hospitals and funeral homes suggest that China is battling a severe outbreak with a high death toll.

Lew Mon-hung, a former member of the CCP’s political advisory body, said that “all outpatient departments and emergency departments of hospitals are crowded with people and with no beds left for people to stay in the hospital.”

“The funeral homes are overwhelmed, and the dead bodies pile up,” Lew said, according to an earlier report by The Epoch Times.

The confirmed cases in Dongguan city in central Guangdong Province increased by 250 million to 300 million. The densely populated provinces of Sichuan and Henan have recorded an infection rate of over 80 percent.

“My relatives, my brother and sister, and my mother in Guangzhou were all infected. A one- to two-kilometer line [approximately 1-1.2 miles] was outside the Guangzhou Galaxy Martyr Cemetery, waiting to register for cremation,” Lew said.

“Not only did the people form long lines outside the funeral homes in different places in China, but they also needed to wait half a month, or even over a month, to get their relatives to be cremated,” he added.

Lew claimed that there is currently a coffin shortage in China. He said that normal civilians, who were forced to turn to scalpers, “had to pay 38,500 yuan [$5,700] to move the body to a funeral home.”

Shanghai resident Wu Fangyan (a pseudonym) said on Jan. 13 that “hospitals are still crowded. Only one medication is given for each visit, and the one medication does not reduce the fever, so you must go back in the afternoon and wait in line for hours.”

Wu expressed frustration that doctors are unwilling to give more than one dose of medicine. “Sometimes you can’t even get [one dose of] medicine after lining up for hours.”

“The government’s attitude toward us is to ignore whether we can survive or not.”  The strong survive, the rest die, Wu said.