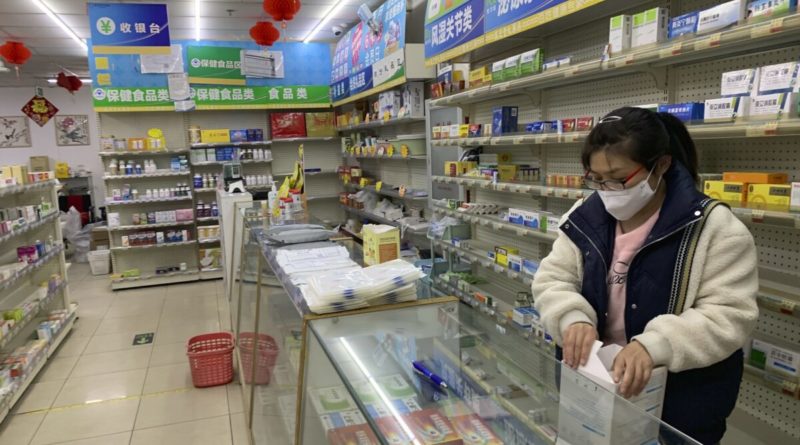 
BEIJING—China said Wednesday that it would stop reporting asymptomatic COVID-19 cases since they’ve become impossible to track with mass testing no longer required, another step in the country’s departure from some of the world’s strictest antivirus policies.

The change in reporting practices comes the week after the country announced its most significant easing yet of antivirus measures. Meanwhile, China has begun to see what appears to be a rapid increase in new infections, raising concerns that its health system could be overwhelmed just as those in other countries were during early COVID-19 waves.

So far, many of those newly sick are staying home, and there has been little evidence of a surge in patient numbers. But it’s difficult to get a clear picture of the spread, and the new reporting rules could make that even harder. Some hospitals have reportedly struggled to remain staffed because of rising infections among employees.

A notice on the National Health Commission’s website on Wednesday said it stopped publishing daily figures on asymptomatic COVID-19 cases since it was “impossible to accurately grasp” the number of those infections, which have generally accounted for the vast majority of new cases.

The only numbers the commission is reporting are confirmed cases detected in public testing facilities where symptoms are displayed. Many people also test at home, and any positive results there would also not be captured.

China’s official figures have not been independently verified, and questions have been raised about whether the ruling Chinese Communist Party (CCP) has sought to minimize numbers of cases and deaths.

While many governments have long focused on only the more serious cases, the latest move is part of a sea change for China, which has maintained a “zero COVID” policy that seeks to stamp out all virus transmission.

That included frequent mass testing campaigns and meant that anyone who tested positive was isolated in a government facility, even if they had no symptoms. Now people can recover at home if they don’t need medical care.

While many greeted the relaxing of the rules with relief, the rapid shift has also caused some concern after years in which the CCP talked about the virus as a major threat.

“Beijing is really confused right now,” said one resident, surnamed Zhu. “They made a complete 180-degree turn without even going through a transitionary period.”

Zhu, who refused to provide his full name to speak on what could be seen as a sensitive topic in China, said he wasn’t able to find a test after developing a sore throat and a fever. Authorities have said they will provide 25 million rapid test kits for Beijing pharmacies after a rush on such supplies.

Despite the easing, the streets of many major Chinese cities have grown eerily quiet as many people stay home, not because they have to, but because they’re worried about contracting the virus at a time when social media is lighting up with reports of infections.

With a clean bill of health still required to enter restaurants and some other public venues, many Chinese are also choosing to forgo such pleasures to avoid testing, leaving many establishments shuttered or empty.

In the usually bustling streets around the ancient imperial palace complex in the heart of Beijing, Huang Hanxin said he was making good use of the lack of crowds.

“If it was a few years ago, there would be a lot of cars and it would be packed with people here,” said the 19-year-old tourist from the southern city of Guangzhou, standing in front of a gate to the complex formerly known as the Forbidden City. “It’s comfortable to walk around and take photos.”

By contrast, lines have formed outside some fever clinics in Beijing—the number of which has increased from 94 to more than 300.

Pharmacies in Beijing are rationing out medicine and other supplies. Rapid antigen tests are sold out across the city and online.

At one establishment, pharmacist Zhu Qianqian tended to a relentless stream of customers, asking about their symptoms and suggesting medication.

“It’s sold out, so wait for two days,” she told a woman with a prescription for cough syrup, instead handing her a box of pills. “There’ll be more.”

Many times, she had to turn away customers asking for the painkiller ibuprofen or Lianhuaqingwen, a popular Chinese herbal remedy. Both were out of stock.

Residents of other major cities such as Guangzhou and Shanghai reached by telephone or messaging app also reported quiet streets.

Not everyone was worried.

“Many people around me have gotten [COVID-19],” said Ge Ge, who was bringing her child for a regular checkup at a Beijing hospital. “It’s just like having a cold for a few days and won’t last long.”

Still, there was little evidence of a surge in people being hospitalized.

At Chaoyang Hospital in Beijing, about a dozen people waited in a line of blue tents in subzero temperatures. A similar number waited for test results a few kilometers (miles) away at the China-Japan Friendship Hospital’s fever clinic.

Nurses in full-body white protective gear checked in patients one by one at the clinic, one of the isolated wards where people can receive treatment at a reduced risk of infecting others.

Inquiries to health hotlines have increased sixfold, according to state media.

Without asymptomatic cases being counted, China reported just 2,249 “confirmed” infections Wednesday, bringing the nation’s total to 369,918—more than double the level on Oct. 1. It has recorded 5,235 deaths—compared with 1.1 million in the United States.

The actual number of COVID-19 cases may be much higher. China’s COVID-19 data is difficult to verify, as the Chinese regime routinely suppresses or alters information.

The latest moves suggest the CCP will tolerate more cases without quarantines or shutting down travel or businesses.

The move follows the CCP’s dramatic announcement last week that it was ending many of the strictest measures. That came after Beijing and several other cities saw protests over the measures that grew into calls for Xi and the CCP to step down—a level of public dissent not seen in decades. 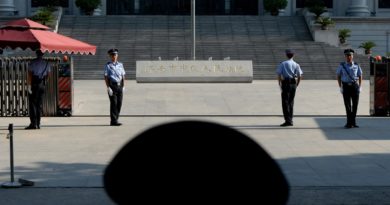 US Mask Manufacturing at Risk Due to Cheap Imports From China