Beijing’s refusal to abide by the letter and spirit of its World Trade Organization (WTO) membership in the two decades since its admission to that body call for a shift in strategy on the part of countries that respect and seek to enforce the rules, experts said.

China first joined the WTO on Dec. 11, 2001, and the twentieth anniversary of its membership has inspired numerous reflections on this milestone as well as complaints and protests by other member nations objecting to Beijing’s continuing reliance on heavy-handed and non-market-oriented trade and labor practices, from massive agricultural subsidies to forced labor.

A Pattern of Ongoing Violations

For many observers, Beijing is guilty not just of incidental violations of the terms of its membership but of a general approach to trade and labor that is antithetical to the WTO’s rules and founding principles.

“When China joined the WTO, it agreed to join a global trade organization predicated on tenets of private enterprise-led, market-based rules governed trade, in accordance with the foundation principles of non-discrimination, reciprocity, and transparency,” said Stephen Ezell, vice president for global innovation at the Information Technology and Innovation Foundation.

“And China has never been further away than it is today from generally adhering to those principles. They’re as far away as they’ve ever been.”

In spite of the expectation and requirement that Chinese authorities not interfere directly or indirectly in the commercial decisions of state-owned enterprises (SOEs), the latter are in fact subject to Chinese Community Party (CCP) oversight.

A July report (pdf) published by Ezell’s organization, “False Promises II: The Continuing Gap Between China’s WTO Commitments and Its Practices,” notes that as of 2016, there were 150,000 state-owned or state-controlled enterprises in China at the level of local government or the central level, employing some 30 million workers, and their assets in total reached $15.2 trillion.

Membership in the WTO would, in theory, lead to a sharp reduction in the number of SOEs and their prevalence in China’s industrial output, but the actual trend is closer to the opposite. The report charts the growth of the SOE sector both in market capitalization and total numbers, and mentions that as of 2019, of the 109 Chinese firms listed in the Fortune Global 500, 93 were SOEs. The prevalence of SOEs has been particularly marked in the banking sector, where state-owned and state-controlled banks predominate, the report notes. SOEs enjoy an array of advantages over private firms in areas ranging from taxation to the availability and terms of loans.

“The continuing prevalence of state-owned enterprises is a very clear example of China not adhering to rules,” Ezell said.

Other areas of non-compliance involve subsidies to agricultural businesses and forced technology transfers. Under WTO rules, a member must notify the WTO of the provision of a subsidy in a timely manner, but Beijing has failed to do so and did not even provide notification of provincial-level subsidies until 2019, Ezell said.

The phenomenon of forced technology transfers is even more concerning. When non-Chinese corporations seek to compete in the Chinese market, they often have no choice but to reveal sensitive and proprietary trade technology and secrets to their competitors in China as part of the process. Ezell cited Kawasaki Rail Car and Siemens as two examples of foreign firms that had to divulge the technology involved in their high-speed rail systems when seeking entry to China.

“They were forced to give away their technology and find themselves competing against Chinese companies [using their technology] a couple years later in the global markets,” Ezell said.

A related problem that has drawn international attention is Beijing’s lack of respect for commonly understood rules and protocols governing intellectual property. Chinese firms have brazenly misappropriated the IP of foreign competitors, and this practice has only gotten worse over time in the face of the outcry against it.

“Despite repeated CCP assurances that this practice would abate, it continues to proceed apace. In every tech industry, from biotechnology to airspace to telecom equipment, China is engaged in state-sanctioned IP theft. That is fundamentally antithetical to the commitment China made when it joined the WTO,” Ezell said.

Ezell described IP theft as not just the work of a few random actors, but as a government-sanctioned approach specifically aimed at giving SOEs an advantage in violation of WTO rules and international law.

“The CCP is insinuating itself into every corner of Chinese economic activity, by design and by intent. That means that instructions are coming from the top,” he said.

For some observers, the record of widespread, chronic, and ongoing violations affirms the sense they had at the time discussions took place around China’s WTO admission two decades ago.

“Twenty years ago, I wrote an article in the Wall Street Journal saying I didn’t think we should let China into the WTO because they wouldn’t meet their obligations. They clearly have not,” said Thomas J. Duesterberg, a senior fellow at the Hudson Institute.

The question is not whether China’s presence in the WTO can be justified, but how to respond to the violations in the face of the failure of sanctions to pressure Beijing to modify or end its more egregious practices.

Scrapping sanctions may not be the right reaction. At this juncture, allied democratic nations must continue to apply pressure.

“We can enforce the rules as we see them, and the Trump administration was pretty strong on that. The Biden administration has not lifted any of the tariffs on China just yet, so we need to keep the pressure on,” Duesterberg said.

“It’s worth trying to reform the WTO and to put stronger rules in place, especially on subsidies and digital trade,” he added.

But such reforms, while desirable, may not go far enough. Duesterberg sees a crucial role for alternative trade agreements and systems with a regional character.

“We can move in and build up trade agreements on a regional basis, as we did with the North American Free Trade Agreement, but I also think the U.S. needs to join the Comprehensive and Progressive Agreement for Trans-Pacific Partnership,” Duesterberg said, referring to a 11-nation regional pact that the Trump administration pulled out of. The Biden administration has indicated that it has no plans to the join the trade agreement, known as the CPTPP.

Such a trade alliance may prove more effective in the end than even a retooled WTO, where internal dissensions on the China question have at times posed a hurdle for effective reforms.

“The U.S. has been talking to Europe and Japan, but the Europeans have been very reluctant to take a strong stance against China, and to get new rules into the WTO is a tall order because normally it requires a very high degree of consensus,” Duesterberg observed. “The Chinese will never agree to it, and they have allies they have bought off or pressured to side with them.”

Hence the utility of a new alliance, like the CPTPP, where China’s influence cannot block effective reforms. The United States needs to work on this issue with like-minded powers such as the UK, Canada, Australia, and Japan, which are not afraid to denounce Beijing’s practices, he said.

“But if we can get the Europeans to be stronger proponents of being tough on China, that would be great too,” he added.

Duesterberg also does not rule out the possibility of telling Chinese-owned firms like Alibaba and TikTok that they may not operate in the United States, given the restrictions hampering U.S. firms looking to do business in China. Such a move could ramp up pressure on Beijing to modify its disregard of the letter and spirit of a free-trade-based global economic order.

A NATO for Trade

Ezell said he sees potential for a trade, economic, and security network of like-minded nations to push back against the CCP’s abusive policies and practices. What NATO is for national defense, this network would be for global trade. Ezell gave an example of how this system would work in practice.

“When we find Chinese companies that are continuing to engage in IP theft, we should collectively deny those Chinese companies access to all markets in this partnership,” he said. “We can have a NATO for trade, countries that would act collectively when enterprises are harmed by Chinese behavior, to impose serious consequences and collectively strengthen the high standards for market-based trade.”

Michael Washburn is a New York-based freelance reporter who covers China-related topics. He has a background in legal and financial journalism, and also writes about arts and culture. Additionally, he is the host of the weekly podcast “Reading the Globe.” His books include “The Uprooted and Other Stories,” “When We’re Grownups,” and “Stranger, Stranger.” 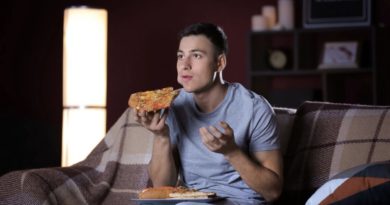