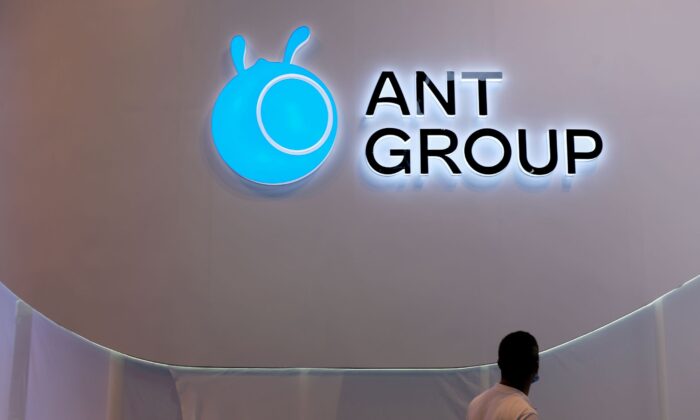 A man walks past an Ant Group logo at the World Artificial Intelligence Conference (WAIC) in Shanghai, China, on July 8, 2021. (Yilei Sun/Reuters)

Ant, an affiliate of e-commerce leader Alibaba Group Holding Ltd., in a Monday statement said the increase was to support growth and was “according to relevant regulations and business needs.”

Ant said the 47 percent jump in registered capital comes from “capitalization of the company’s capital reserve.” It said it had not engaged in any fundraising activity and that no additional investors were involved.