Student organizers of an event to expose China’s human rights abuses are hoping campus security will be tight at the UC Berkeley campus in Northern California.

Organizers of the “Atrocities of the CCP” event on April 15 have asked campus police to beef up security after recent unsealed complaints from the Justice Department reveal a pattern of threats and intimidation from U.S.-based agents of the Chinese Communist Party.

“The goal is to use this event to spark major campus discussions and conversations regarding communism and the CCP [Chinese Communist Party],” said David Chan, the event organizer and the incoming president for Berkeley College Republicans, the event hosts.

“We are giving voice to the victims of the CCP’s oppression and aggression against these innocent people,” he said.

“The majority of the students, especially at Berkeley, are completely clueless to the regime’s evil, their murders, their concentration camps, and countless other brutalities against their people to keep full authoritarian control.”

Bob Fu, a Chinese-American pastor and founder of China Aid, is scheduled to speak at the event.

He said the added security concerns are obvious since the Justice Department’s indictment of five Chinese spies for harassing and threatening human rights defenders from China.

“But I am confident U.S. law enforcement will handle this properly,” Fu said.

Fu’s close friend, Li Jinjin, who was a student leader in China’s Tiananmen Square protests in 1989, was fatally stabbed in his office in Flushing, New York, on March 14.

Campus police haven’t yet responded to the security request, according to Chan.

The UC Berkeley Police Department didn’t respond to a request from The Epoch Times asking if they’re aware of the event and intend to provide security.

Instead, an auto-reply standard email was received: “​​Due to our very low staffing, replies may be significantly delayed. We will make every effort to respond before your event, but there may be times when we cannot. Our failure to respond will not imply the event is approved by UCPD.  Sorry for any inconvenience.”

Minghui Wang, a student at UC Berkeley and a featured speaker at the event, said she personally experienced China’s religious persecution. In 2011, she escaped from the regime and wants to share her family’s story as victims of communism.

“There are a lot of Chinese students on this campus. I really hope this event reaches them and that they can grasp this opportunity to learn the truth about the CCP, and hear the voices that are silenced in China,” said Wang, who was persecuted for practicing Falun Dafa.

Other speakers include Fang Zheng, a Tiananmen Massacre survivor who lost both of his legs after being run over by a tank; Ms. Geng, who will be speaking about her husband Gao Zhisheng, a human rights lawyer who went missing in China for many years after speaking out against the regime; and Li Aijie, who will speak on behalf of her husband Zhang Haitao who was sentenced to 19 years in jail as a citizen journalist.

China expert James Gorrie said the importance of holding this event on the UC Berkeley campus can’t be overstated.

“I can think of no other university in America that is as synonymous with echo-chambered far-left groupthink and communist apologist as Berkeley,” Gorrie said.

“Speaking the truth at Berkeley is both a privilege and a necessity, like exposing darkness to light, and thereby destroying that darkness. The irony is that in the 1960’s, the students at Berkeley fought for free speech. Today, they fight for thought control, speech police and other Stalinist machinations.”

Chan said the event is the first of many his group hopes to host about China.

“Especially since a large population of our campus is Chinese (many from mainland China), I intend to make the stories of these proponents heard and resonate within our student body and communities,” he said.

So far, aside from event posters being torn down soon after being placed and rhetoric on Reddit, the organizers haven’t received security threats, Chan said.

“Atrocities of the CCP”

The Epoch Times is a proud sponsor of the event and will livestream it. 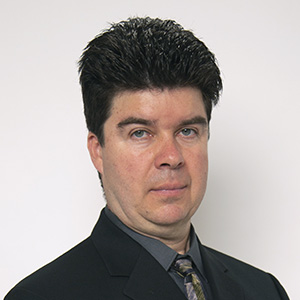 China Says No Survivors in Plane Crash With 132 on Board

Navy to Recover US Fighter Jet That Had ‘Landing Mishap’ in South China Sea, Injuring 7