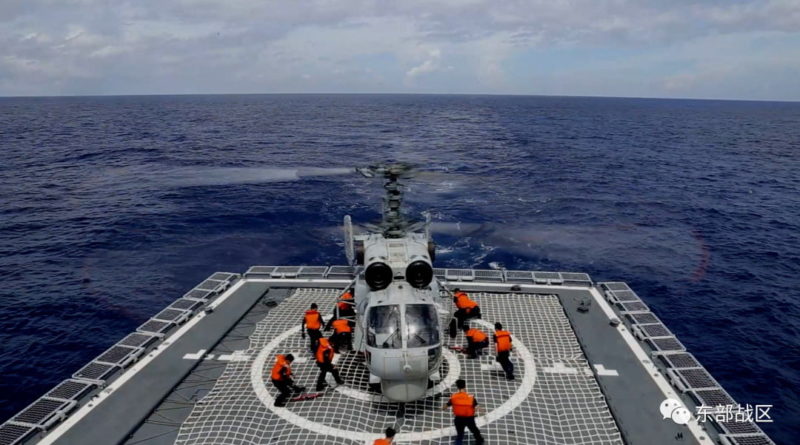 
Beijing had planned a military exercise around Taiwan ahead of U.S. House Speaker Nancy Pelosi’s August visit to the island, using it as part of its long-term strategy to intimidate the Taiwanese people into surrendering, the House Canada-China Committee heard in testimonies.

Antoine Bondaz, director of the Taiwan program at the Foundation for Strategic Research, told parliamentarians that the Chinese regime had anticipated that Pelosi would visit Taiwan in August, despite making various threats against her not to do so in advance, including shooting down her plane. The House speaker’s visit was used as an excuse to launch the military exercise to train Chinese troops for potentially changing the status quo in the Taiwan Strait, which Bondaz said was “the most concerning part.”

“Nancy Pelosi’s visit was in a way used by Beijing as a pretext. Why? In part because Beijing had prepared for that visit that was supposed to take place in the spring of 2022,” Bondaz said on Nov. 22, noting that Beijing’s military exercises “took place very quickly because they were actually prepared ahead of time.”

He also noted that Beijing’s publication of a white paper, in which the communist regime removed a vow that it would “not send troops or administrative personnel to be based in Taiwan,” was also prepared ahead of the 20th national congress of the Chinese Communist Party (CCP).

However, Bondaz added that an open military incursion into Taiwan remains Beijing’s last resort to “reunify” the island, which it sees as its territory despite being a self-ruled island, and the CCP would instead take an incremental approach to gain control over the self-ruled democracy.

“China intends to take control [over Taiwan] without resorting to force. So Beijing intends to pressure the people of Taiwan, to demoralize the people, to weaken the country, to potentially take control of the island,” he said. “Large-scale military intervention would be a last resort for China and clearly not the favourite scenario. But that being said, you can’t cast that option aside.”

“It should be noted that far from remaining limited to China and Taiwan, any conflict in the Taiwan Strait would be global in scope, it [would involve] at least the United States, and potentially Japan, as well as other U.S. conventional allies in the region,” Bondaz added.

When asked what Canada can do to push back against Beijing’s advance on Taiwan, Bondaz recommended exposing the CCP’s narrative and not following Beijing’s party line to describe the situation in the Taiwan Strait.

“We need to make sure that the words we use are not the one that Beijing has chosen to use, but other one that can better present and describe the situation in the most accurate manner,” he said. “That’s why the concept of ‘taking back Taiwan’ is not the word that should be used, we talk about ‘taking over Taiwan.’”

Bondaz also placed value in parliamentarians and senior officials from around the world visiting Taiwan as a means to push back against Beijing’s attempt to isolate the island from the international community. A group of Canadian MPs, as well as European lawmakers, have visited Taiwan this fall on the heels of the U.S. speaker.

Yeh-Chung Lu, chair of the Department of Diplomacy at Taiwan’s National Chengchi University, told The Epoch Times that he believes Beijing came prepared to intimidate Taiwan in advance of Pelosi’s tour, adding that even if she had backed down from visiting Taiwan in the face of China’s threats, Beijing would find other excuses to advance its agenda.

“Even without [Pelosi’s visit], China will take advantage of the next visit to Taiwan by an important American politician,” he said, noting that another time for China to launch a military exercise would be Taiwan’s 2024 presidential election.

Lu, who also testified before the Canada-China committee on Nov. 22, said Beijing has also “employed peaceful overture to lure Taiwan into its plot” from time to time.

“The most obvious policy of carrot included attracting Taiwanese business people, performing artists, and students to invest, work, and study in mainland China under the policy dubbed as ‘integrated development,’” Lu said.

But Lu, who called for more of Taiwan’s participation in international organizations, noted that Taiwanese people have found it less and less attractive to go to China. He pointed to an October survey from the Mainland Affairs Council of Taiwan, which shows the number of Taiwanese in favour of unification with China now or in the future has dropped to just a total of 8.7 percent—falling from 26.8 percent in August 1996, when Taiwan held its first-ever presidential election.

“Domestic politics mattered in shaping Taiwan people’s identity, where more and more citizens view Taiwan as a de facto independent country from mainland China,” Lu said. “China’s sell on the ‘One Country, Two Systems’ has no market in Taiwan, especially in the aftermath of China’s rule with an iron fist over Hong Kong in 2019.”

Marvel’s ‘Doctor Strange 2’ Banned in China Because of Epoch Times? With Chris Fenton

Beijing Will Be ‘Playing With Fire’ If It Tests US Resolve Over Taiwan: Expert