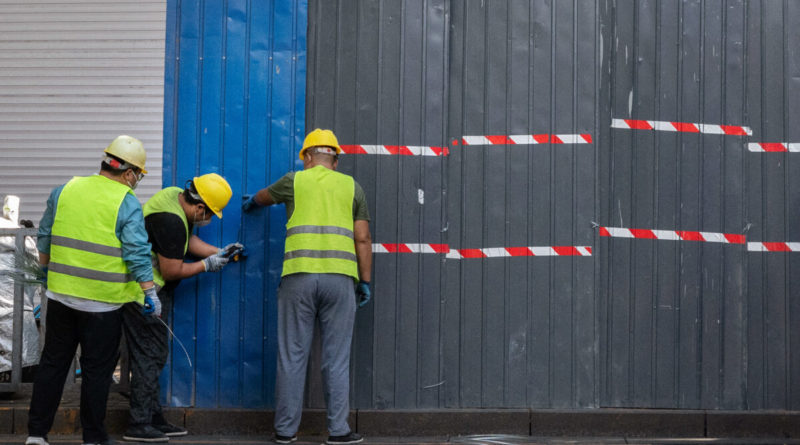 
For the past three years, the Chinese Communist Party (CCP) has been implementing harsh zero-COVID measures, which have created humanitarian disasters across the country and severely damaged the national economy.

Starting in November this year, the CCP suddenly abandoned its tough stance on COVID-19, halted mandatory mass PCR testing, and allowed people with mild symptoms to quarantine at home instead of dragging them to central makeshift isolation facilities.

Yuan Hongbing, a Chinese law scholar based in Australia, gives the inside story behind the abrupt relaxation of pandemic rules in China.

One of Xi’s close confidants suggested the relaxation of zero-COVID measures to Xi Jinping, according to Yuan in an interview with the Chinese language edition of The Epoch Times on Dec. 13, citing from his source in China.

Li Qiang, who is poised to become China’s next premier, is regarded as a close ally of the CCP’s top leader Xi Jinping. He was the CCP chief of Shanghai before the CCP’s national congress in October when he rose to become the second most important figure in China’s politics. He was thrust into the spotlight for his iron-fisted handling of Shanghai’s two-month COVID-19 lockdown, which sparked much public outcry and rare protests in the streets.

Shanghai’s economy was hit hard by the lockdown measures. The total output value of industrial enterprises in Shanghai in April dropped by 61.5 percent from the same month in 2021.

Yuan said that Li made the easing of measures suggestion based on two factors.

First, Li told Xi that the World Health Organization (WHO) may officially declare COVID-19 to be an ordinary epidemic in 2023. Li advised Xi to abandon the zero-COVID measures before the WHO’s announcement. “Li’s thought is that, if China continues to implement zero-COVID lockdown measures, China will become an isolated island in the world and a laughing stock of the international community,” Yuan said, citing what his source told him.

In a news release by WHO on Dec. 7, member States of WHO announced the development of the first draft of a legally binding agreement designed to protect the world from future pandemics. Ms. Precious Matsoso, Co-Chair of the Intergovernmental Negotiating Body (INB), said that the agreement is meant to “prevent a repeat of the past” and to “develop a global accord that safeguards societies from future pandemic threats.” According to the news release, the draft agreement will be discussed by member states in February 2023. It doesn’t reveal the content of the agreement.

The second factor is that local governments are on the brink of bankruptcy after the three years of lockdown, which damaged China’s economy, according to Yuan.

The massive mandatory COVID PCR testing every day or every two days and mandatory quarantine policies in China have left local governments short of funds. In the first 10 months of this year, local government spending in China grew by 11.8 trillion yuan (about $1.65 trillion) more than its revenue, according to China’s Ministry of Finance.

China’s Ministry of Finance announced on Dec. 9 that it would issue 750 billion yuan (about $107 billion) worth of yuan-denominated treasury bonds on Dec. 12, according to Yicai, a Chinese financial news portal.

“The CCP now relies on printing a lot of money to survive the financial crisis, but this will lead to hyperinflation,” Yuan said.

Yuan blasted the communist regime for the extreme pandemic control measures and the abrupt easing of the control, which doesn’t care about the livelihood of ordinary people.

Yuan said, “The ruling CCP is composed of sycophants who are not responsible to the country or the people, but only to power. They are incapable of governing the country.”

Yuan added that his source told him that in an effort to solve the financial difficulties, Xi plans to purge the late CCP leader Jiang Zemin’s faction, in the name of anti-corruption, after the Two Sessions, scheduled for March next year.

“Xi plans to confiscate their huge family wealth, which is equivalent to that of the country, and use it as secret funds for preparing to launch a war against Taiwan, social stability maintenance funds, and funds to relieve the financial pressure of both the central and local governments,” Yuan told The Epoch Times.

Protests broke out in various Chinese cities, with protesters holding a blank sheet of white paper, and verbally demanding an end to the zero-COVID measures and stepping down of the CCP and Xi Jinping. Supporters worldwide also held a sheet of white paper to show their solidarity with Chinese protesters. The protests are called the “White Paper Revolution” by the media.

Yuan said that Xi was greatly shocked by the White Paper protests.

“Xi found himself extremely isolated. Although none of the opposing CCP factions can be of any visible resistance to him, there is a rebellious energy hidden within and outside the CCP that is extremely disgusting to him,” Yuan told The Epoch Times, quoting his source from inside the CCP.

In China, information about the protests is strictly censored. However, Xi told European Council President Charles Michel that people protesting against China’s harsh COVID-19 measures are “‘mainly students’ who are ‘frustrated’ after three years of the pandemic,” according to the South China Morning Post. Xi’s comments are the first public expression of his views on the unrest.

Yuan commented that Xi’s relaxation of the pandemic rules cannot restore China’s economy, as Xi’s backtracking to former CCP leader Mao Zedong’s line is an established policy of the CCP.

“The communist authorities now claim that they will continue with the opening up policy and investment promotion policies, but these are temporary measures to deal with the current economic crises, and it is impossible for the regime to succeed [in truly restoring China’s economy],” Yuan said.

Ning Haizhong and Luo Ya contributed to this report. 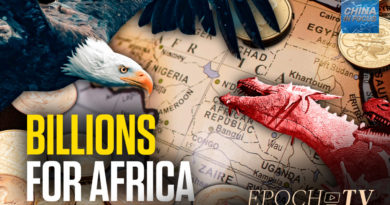