As Hongkongers commemorate the 3rd anniversary of the anti-extradition movement, freedom and democracy have completely burned to the ground under the Hong Kong National Security Law.

What are those exiled Hongkongers doing now? What are their plans?

Alex Chow Yong-Kang, Director of a Washington-based organization, Hong Kong Democracy Council, (HKDC), run by Hongkongers, and Anna Kwok Fung-yee, representing HKDC as Strategy and Campaign Director, joined an online program Clubhouse, to share their views on the night of June 12, 2022. The event was hosted by a group of Hongkongers in New York called NY4HK.

On June 12, 2019, tens of thousands of Hong Kong citizens surrounded the Legislative Council to protest against the Extradition Ordinance.  It lifted the curtains to a revolution at that time. However, under the Chinese Communist Party (CCP)’s suppression and predomination, Hong Kong is no longer recognizable.

Looking back on everything that has happened in the past three years, Kwok commented, “I witnessed more and more Hongkongers being arrested in 2020 and 2021. At the time I was holding a student visa in New York for further study. Many people warned me not to go back to Hong Kong. I was conflicted.”

Kwok finally made a tough decision and moved forward from her fear. She stayed in the U.S. and began working for HKDC while lobbying the American government to pass the Hong Kong Democracy and Human Rights Act, driving the U.S. government to implement sanctions on Hong Kong government officials. She was also part of the lobbying team at the United States House of Representatives for legislating lifeboat bills to protect Hong Kong immigrants and refugees.

For Kwok, the most rewarding feeling after removing the fear from oneself is gaining courage and strength.

She hopes that by coming out politically and revealing her identity, (for high-profile political work) she could send a message to other “submerged” siblings: “You are not alone. Keep moving forward. Do your best whatever your stance may be.” Kwok said encouragingly.

Ever since the Hong Kong government passed the National Security Law, large-scale assemblies and demonstrations in Hong Kong had been completely banned. It is nearly impossible for Hongkongers to keep an international focus on previous events. The work that HKDC initiates becomes more challenging.  Kwok expressed that even if she had to fight this battle for years to come, she would continue by holding onto her determination and faith.

That is the only chance of liberating Hong Kong.

Alex Chow Yong-kang, student leader of the Hong Kong umbrella movement in 2014, is now a board director of HKDC.

Chow spoke of the future for Hong Kong; “The chapter of one country two systems in Hong Kong is over. However, the overseas Hong Kong community has not given up for the sake of the Hong Kong they once knew and loved.”

He also added, “It is just very different for exiled Hongkongers who face political challenges and hurdles.”

Chow emphasized that ousted Hongkongers can no longer use their anger and emotions as the fuel to liberate Hong Kong. There has to be a longer vision.

Chow thought that overseas Hongkongers, other than advocating and lobbying global communities to aid Hongkongers, those in the U.S. can also proactively participate in community affairs and establish local social connections. He continued, “People can also conduct more thorough research on the subject of Hongkongers; We can carry on the legacy, identity, core values, history, culture stories of Hong Kong while promoting an ethnic recognition for our people as well as creating job opportunities.”

Chow said to take community links for example, “Right now there are plenty of people becoming involved in various types of community work. Depending on the regional needs, the most frequented places of Hongkongers are film festivals; such events act as an important element and platform for overseas Hongkongers.”

He believes that if you are overseas and you want to do something for Hong Kong and find a sense of identity, people can reference the format of Taiwanese fellow associations.

“We can build our very own Hong Kong culture centers, and organize various types of fellowship activities. It is worth considering as these tasks will unite the entire community of Hongkongers.” Chow said.

When ask what else Hong Kong migrants can do, Chow was enthusiastic, “New immigrants from Hong Kong can join political parties and campaigns. Alternatively, we can have the next generation run in elections so that we have our own political representatives all over the world, to speak on Hong Kong affairs and have our own cultural impacts.”

Overseas Hongkongers can establish their own economic strength, to support different developments of political and cultural projects.

Cultivation of Hongkongers’ communities in the U.S. has now also become part of HKDC ‘s mission’.

US Grant to Wuhan Lab to Enhance Bat-Based Coronaviruses Was Never Scrutinized by HHS Review Board: NIH 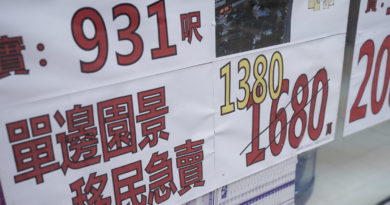