ROME—Italy’s Prime Minister Mario Draghi has vetoed the third Chinese takeover in the country since his government took office in February, an official Hong Kong filing by the rebuffed group showed on Tuesday.

Zhejiang Jingsheng Mechanical said Rome had blocked its attempt to set up a joint venture with the Hong Kong arm of Applied Materials to buy the U.S.-based group’s screen printing equipment business in Italy.

The decision was taken at a cabinet meeting on Nov. 18, two government sources told Reuters, adding Industry Minister Giancarlo Giorgetti had recommended the veto, arguing the takeover could have had consequences in the strategic semiconductor sector.

Among Applied Materials’ products are machines used to manufacture semiconductors and other high-tech components.

The filing said the joint venture was also intended to take on Applied Materials’ wafer equipment business in Singapore and its assets in China.

Italy reserves the right to use its anti-takeover legislation, or so-called “golden powers,” to ward off undesired bids in industries deemed of strategic importance such as banking, energy, telecoms, and health.

The government scrutinises a large number of merger and supply equipment deals, which in most cases are approved with recommendations intended to preserve the country’s national interest.

Rome has so far stopped foreign interests in Italy five times since the introduction of the golden powers in 2012.

Four of these episodes beat away Chinese bids. Three have been under Draghi’s nine-month old government, with the other adopted in 2020 under Draghi’s predecessor Giuseppe Conte.

Italy has also formally complained to Chinese investors over their undisclosed 2018 purchase of an Italian company making high-tech drones for the armed forces, in a first step towards possibly annulling the deal.

The so-called “golden powers” apply to non-EU groups and—under a temporary framework introduced in 2020 which is due to expire this year—to attempts by EU suitors to buy strategic companies.

One of the sources said Rome planned to extend the temporary regime by six months until June 30, 2022. This would include a measure forcing EU and non-EU suitors to seek government approval to buy a stake of at least 10% in strategic companies.

By Giuseppe Fonte and Ella Cao 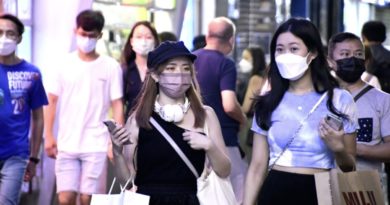 US Will Learn Lesson From Afghanistan and Bolster Support for Taiwan, Expert Says