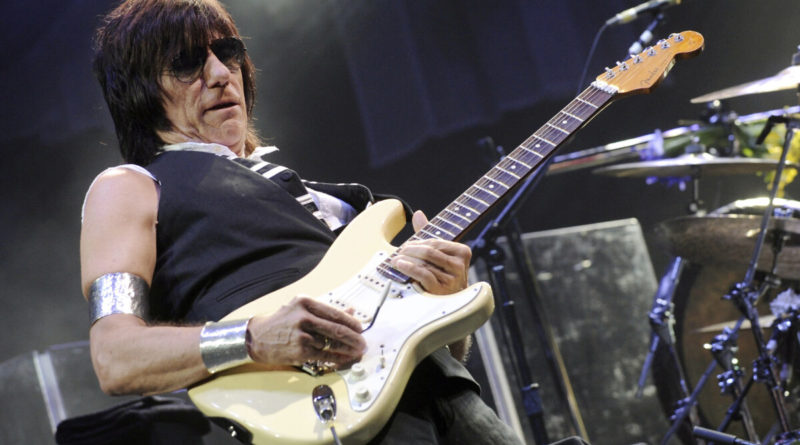 
British rock ‘n’ roll musician Jeff Beck, known as one of the world’s top three guitarists, died on January 10, at the age of 78.

Jeff Beck died of acute bacterial meningitis. A message on his official social media platform said: “On behalf of his family, it is with deep and profound sadness that we share the news of Jeff Beck’s passing. After suddenly contracting bacterial meningitis, he peacefully passed away yesterday.”

Beck was born in Warrington, England in 1944. In 1965, he joined the English rock band, The Yardbirds and successively founded two other bands, The Jeff Beck Group, and Beck, Bogert & Appice. Eminent releases include “Heart Full of Soul,” “I’m A Man,” and many others.

The news of Beck’s death caused a stir in the music industry, with many people posting condolences on social media.

What Is Bacterial Meningitis?

Acute bacterial meningitis is a rapidly progressive inflammation of the layers of tissue surrounding the brain and spinal cord (the meninges) and the fluid-filled space between the meninges (the subarachnoid space), caused by infection with bacteria.

When bacteria invade the meninges and subarachnoid space, the immune system will respond, which would lead to inflammation during the face-off between the immune cells and the invading bacteria.

According to the World Health Organization, meningitis is a devastating and highly fatal disease that can lead to serious long-term complications (sequelae). Many organisms can cause meningitis, including bacteria, viruses, fungi, and parasites.

These bacteria are responsible for more than half of meningitis deaths worldwide and can also cause other serious illnesses such as sepsis and pneumonia.

Transmission routes vary from organism to organism and the incubation period is also different for each organism. For bacterial meningitis, it is usually between two to 10 days.

Zheng Jie, a Doctor of Medicine at the University of Tokyo in Japan, said in an interview with The Epoch Times on January 22 that bacterial meningitis is a medical emergency and needs to be treated immediately. Prompt antibiotic treatment is usually effective, and dexamethasone, a corticosteroid, is often used to reduce brain edema.

Zheng said, “Symptoms of acute bacterial meningitis vary by age. Adults can become seriously ill within 24 hours, children even sooner. Meningitis can cause coma and death within hours. Bacterial meningitis is one of the rare diseases that cause death while the patient is sleeping. The patients may even be healthy young people with mild symptoms, but once fallen asleep may never wake up again. Such sudden and rapid death is often the result of cerebral edema.”

Early symptoms of meningitis include fever, headache, stiff neck (most common), confusion or decreased consciousness, and sensitivity to light.

Ellen Wan has worked for the Japanese edition of The Epoch Times since 2007.

Over 40 Percent of Shanghai Residents Depressed During Lockdown: Survey