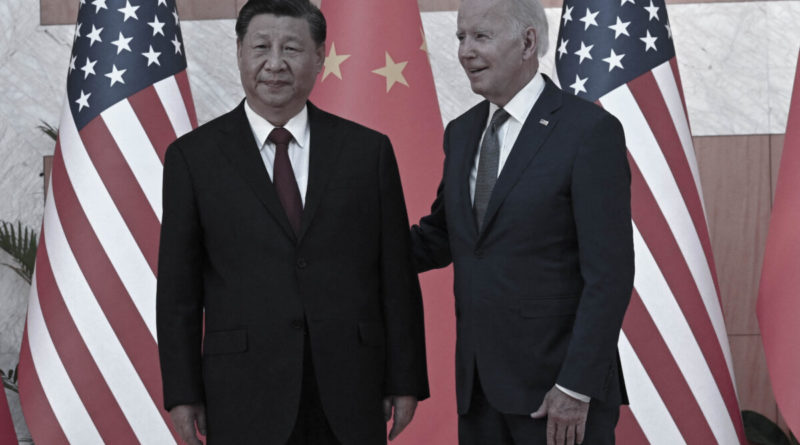 
A top GOP lawmaker is lambasting President Joe Biden’s meeting with Chinese communist leadership this week as a missed opportunity to confront the regime’s aggression.

Biden failed to acknowledge the threat posed by the Chinese Communist Party (CCP) and its leader Xi Jinping during a face-to-face encounter earlier this week, said Sen. Marco Rubio (R-Fla.).

“President Biden’s claim that ‘there need not be a new Cold War’ between the United States and the Chinese Communist Party proves that this administration dangerously misunderstands the CCP, which openly pushes for conflict with the United States and its allies,” Rubio said in a statement.

Rubio’s comments referred to a statement made by Biden ahead of his meeting with Xi that competition between China and the United States need not lead to conflict.

The meeting of the two leaders was itself marred by the specter of communist repression, however, when an agent of the Chinese delegation physically manhandled and attempted to remove a producer from the White House press pool after the producer asked a question about human rights in China.

Rubio’s ire also comes as an increasing number of reports have been published detailing how the CCP is rapidly expanding its nuclear arsenal, modernizing its military forces in preparation for a possible invasion of Taiwan, and flooding the United States with spies.

A top congressional advisory committee recommended this week that the U.S. government implement large multi-year investments in Taiwan’s defense to prevent the outbreak of war in the Indo-Pacific, providing a stark contrast to Biden’s assurance that there was no new Cold War.

“Last week, while Xi appeared in a military uniform and called on the People’s Liberation Army (PLA) to prepare for war, Biden’s Department of Defense pulled an entire squadron of American fighter jets out of the Indo-Pacific,” Rubio said.

“Not only is the United States unprepared to defend Taiwan against a PLA invasion, President Biden is now downplaying its likelihood.”

Rubio further condemned Biden’s comments about the CCP as demonstrating a willingness to endure a less secure world in order to placate the demands of an increasingly hostile communist regime.

“This meeting should have held the CCP accountable for its rampant human rights abuses, ongoing theft of American intellectual property, and its refusal to investigate the origins of COVID-19,” Rubio said.

“Instead, President Biden demonstrated that he is willing to sacrifice everything—including our national security and the security of our allies—for the sake of pursuing ill-fated climate talks with our nation’s greatest adversary.”