Grappling with the extensive human rights abuses in China and with Beijing’s failure to abide by its treaty commitments requires decisive action on the economic, trade, diplomatic, legislative, and anti-espionage fronts, according to Sen. Rick Scott (R-Fla.).

“China has decided to be our adversary. And we’re in a new Cold War that they started,” Scott told EpochTV’s “China Insider” program at the Conservative Political Action Conference in Orlando, Florida, on Feb. 26.

“The government of communist China has decided to steal our technology, steal our jobs, put people in prison for their religion, take away the basic rights of Hong Kong citizens, militarize the South China Sea, [and] violate every agreement they ever touch.”

The senator called for wider attention to be paid to the ongoing human rights crisis in China and the myriad forms of malfeasance, deception, and repression practiced by the Chinese Communist Party (CCP). He emphasized the need “to talk about the atrocities in China,” such as the CCP’s theft of American intellectual property, its persecution of religious groups, clampdown in Hong Kong, and its intimidation of democratic island Taiwan.

Although many of these issues may seem like large and daunting geopolitical problems, Scott emphasized the actions that citizens can take from day to day to bring pressure to bear on the CCP. The first thing citizens should do is boycott goods from China to send a message about forced labor in the Xinjiang region and other abuses, the senator said.

“None of us should ever buy another product made in communist China. None, zero, no products. We should buy products made in America and made by our allies,” the senator argued.

“Every time you give money to a Chinese company, suppose that it goes to the Chinese government, which controls the whole economy,” he added.

The second most urgent task is to hold the CCP accountable for its many violations of international agreements, especially the regime’s failure to abide by the commitments it made upon entering the World Trade Organization in 2001, Scott said.

“Look at the latest [figures] on the trade deal. They’re not in compliance with the deal, and we need to start holding them accountable for all their lies. And so our government needs to do its job, and every businessperson needs to do his or her job. But it starts with you not buying any products made in communist China,” the senator continued.

Scott has been a vocal critic of Beijing’s failure to follow through on commitments made under the “phase one” trade deal signed in January 2020, namely a pledge to purchase at least $200 billion more of U.S. goods in 2020-21 than China imported in 2017. In December, the senator sent a letter to U.S. Trade Representative Katherine Tsai demanding to know how the Biden administration planned to address this failure.

Besides continuing much of the Trump administration’s trade policy in relation to China, the Biden administration has yet to fully articulate a coherent approach to dealing with Beijing’s trade abuses.

Part of the CCP’s strategy in its Cold War against the United States involves infiltrating American society, the senator highlighted.

“Communist China has done everything it can to try to infiltrate our country by hiring lobbyists and by having spies work in our universities,” Scott said.

The senator also drew a critical distinction between the CCP and the people of China, whom he described as “wonderful.” His quarrel is not with the Chinese people but with a regime that “lies, cheats, and steals,” Scott emphasized. He said he is in agreement with recently introduced legislation that would impose sanctions directly on CCP officials and their families and stop them from attending universities in the United States.

“I want to do everything I can to expose exactly what communism is, what socialism is, and what atrocities are going on every day,” he said. “No company, no individual in America, should ever do business with communist China.”

Michael Washburn is a New York-based reporter who covers China-related topics. He has a background in legal and financial journalism, and also writes about arts and culture. Additionally, he is the host of the weekly podcast Reading the Globe. His books include “The Uprooted and Other Stories,” “When We’re Grownups,” and “Stranger, Stranger.”

David Zhang is the host of China Insider on EpochTV. He is currently based in New York and Washington DC covering China-related news. He focuses on expert interviews and news commentary on China affairs, especially issues regarding the U.S.–China relationship. 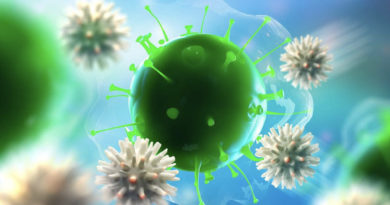 5 Ways to Boost Your Immune System and Prevent COVID-19