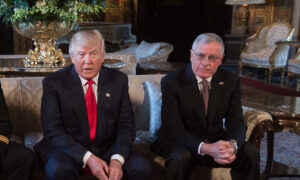 Retired Lt. Gen. Keith Kellogg suggested that the United States should force China to cancel U.S. debt for what he said is the Chinese Communist Party (CCP) having allowed COVID-19 to spread.

“Why don’t we tell the Chinese, OK, it came from you, we believe it, you ought to cancel the debt to the United States of America, you know, the debt that we owe you, or something extreme like that,” Kellogg, who also had served in the Trump administration, told Just The News this week.

The United States should also change its approach to how it deals with the CCP, Kellogg noted, and he referenced how the United States treated the Soviet Union during the decades-long Cold War. It’s because the CCP won’t provide U.S. investigators with “the right information,” and “you can’t believe the Chinese will give you that,” he added.

In recent days, a growing number of U.S. officials have suggested that the CCP virus, otherwise known as the novel coronavirus that causes COVID-19, escaped from the Wuhan Institute of Virology—a top-security lab that allegedly performed “gain of function” research.

President Joe Biden, in a White House-released statement, noted that some members of the U.S. Intelligence Community believe the virus emerged due to a “laboratory accident” in China.

“After I became President, in March, I had my National Security Advisor task the Intelligence Community to prepare a report on their most up-to-date analysis of the origins of COVID-19, including whether it emerged from human contact with an infected animal or from a laboratory accident,” Biden said on May 26, adding that he wanted intelligence agents to “redouble” their efforts in finding the origin of the virus.

“As of today, the U.S. Intelligence Community has ‘coalesced around two likely scenarios’ but has not reached a definitive conclusion on this question,” Biden also said. “Here is their current position: ‘while two elements in the IC leans toward the former scenario and one leans more toward the latter—each with low or moderate confidence—the majority of elements do not believe there is sufficient information to assess one to be more likely than the other.’”

Kellogg previously served as a national security adviser to Vice President Mike Pence, and he’s now the co-chairman of the Center for American Security at America First Policy Institute.

Former President Donald Trump and GOP lawmakers have, since the beginning of the pandemic, suggested that the virus escaped from the Wuhan lab. The CCP has claimed that the virus was transmitted from an unnamed animal to people at a wet market in Wuhan in late 2019, although the regime has been accused of engaging in a significant coverup to silence whistleblowers and doctors who have spoken out. 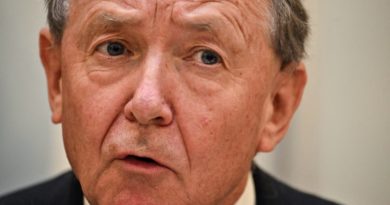