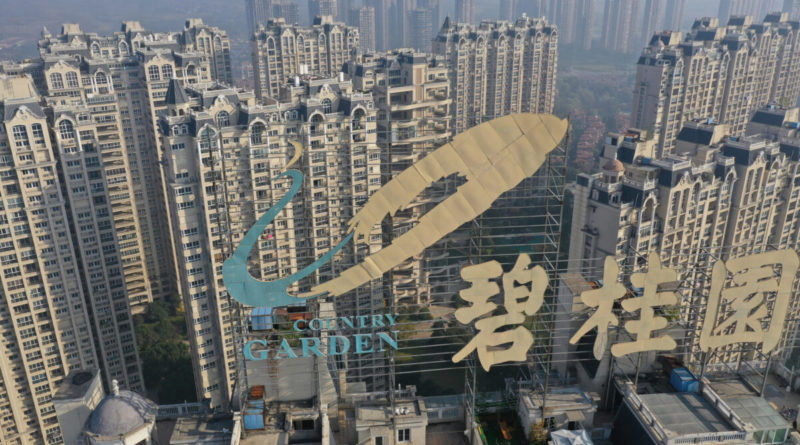 
Yang Huiyan, the richest woman in China, recently sold about 7 per cent of her stake in Country Garden Services Holdings, cashing out about HK$5.055 billion (approx. $660 million). The share price fell nearly 16 percent the next day.

The “2022 Hurun Women Entrepreneurs List,” released on Dec. 12, ranked Yang as China’s richest woman again, with  personal wealth of 75 billion yuan (about $10.5 billion). This is the tenth time that Yang has been the richest woman in China, although her wealth shrank by 59 percent this year compared to last year, due to the downturn in China’s real estate market.

Yang is Co-Chairman and Executive Director at Country Garden Holdings Co Ltd, the largest developer in China since it took over China Evergrande Group in 2017.

In the first 11 months of this year, Country Garden achieved total sales of 335.44 billion yuan (about $47 billion), down 37.35 percent year-on-year. The company’s net profit for the first half of the year was 612 million yuan (about $88.6 million), a 96 percent drop compared to the same period last year.

Among the top 10 on Hurun’s list, five are involved in the real estate industry. Ranked second was Wu Yajun, former Chairman of the Board of Directors of Longhu Group (00960.HK), with a wealth of 73.5 billion yuan (about $10.3 billion) this year, a 23 percent drop from last year.

Sold Shares to Cash in

On Dec. 11, Country Garden Services Holdings issued an announcement disclosing that Yang entered into a placing agreement with JP Morgan Securities on Dec. 9 to sell 237 million shares at a price of HK$21.33 (approx. $2.80) per share, for a total of approximately HK$5.055 billion (about $660 million).

After the sale, the percentage of shares held by Yang was reduced from 43.15 percent to 36.12 percent, but she continues to be the controlling shareholder of Country Garden Services Holdings.

The announcement claimed that the disposal is not expected to have any adverse impact on the financial position or business operations of the Group. However, on Monday, Dec. 12, Country Garden Services Holdings’ share price fell to HK$20.2 (about $2.60) at the close of trading, down 15.8 percent from the previous trading day, Dec. 9, when share price closed at HK$24 (about $3.10).

Mike Sun, a North American investment strategist and China expert, told The Epoch Times on Dec. 12, that he is not surprised that China’s real estate tycoons are selling their shares to cash in.

“If not now, when?” Sun said. “These large shareholders are certainly trying to reduce their holdings, but it is unlikely that they would sell a significant percentage, as that would cause stock prices to plummet, bringing harm to themselves.”

Nonetheless, “When major shareholders reduce their holdings, it will not be regarded as good news at any time,” he added.