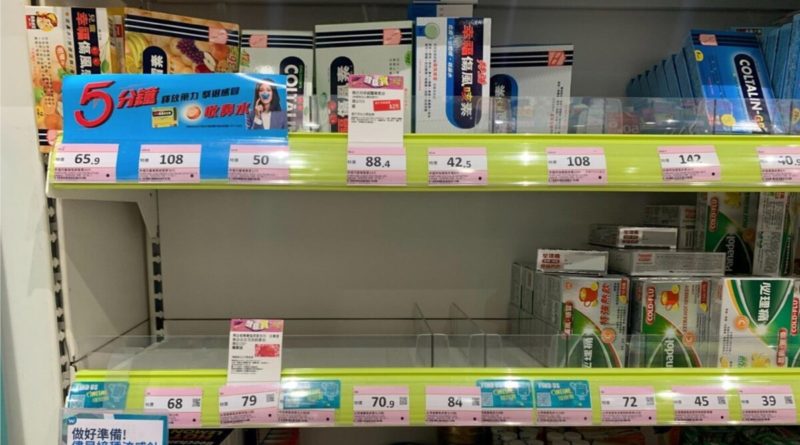 
Just a few days ago, Chinese people were being told by their government how serious it was to be infected with COVID-19 and how bad long-COVID symptoms can be.

Then, the Chinese government suddenly relaxed the anti-pandemic policies after intermittent lockdowns had occurred around the country for nearly three years.

With no more COVID-19 testing stations and no strict quarantine policy, many citizens did not know how to handle the new situation.

Some people felt nervous about the possibility of being infected. Some worried that their neighbors wouldn’t self-quarantine or would not be sent to a quarantine hospital when they were COVID-19 positive.

Being worried about the pandemic, people wore protective masks even though they’re not mandatory. They rushed to the pharmacy to buy antipyretics, rapid antigen testing kits, and Lianhua Qingwen (a Chinese herbal formula used for the treatment of influenza). Some drugs were quickly out of stock.

Hong Kong has suddenly seen itself dragged into a wave of panic buying of similar items in recent days.

On Dec. 10, an Epoch Times reporter visited 17 pharmacies in several districts, including large chain brands like Watsons and Mannings and found that some items were in short supply.

To this end, the pharmaceutical chain Watsons put up a sign indicating some “rationing” rules that allowed the purchase of a maximum of five units per person for all Panadol-related (acetaminophen) products. A staff member added that such purchase restrictions started a few days ago.

In Sham Shui Po, a district in Kowloon, pharmacy staff said that recently, more customers were buying a lot of Panadol products and sending them to family in China. Some pharmacy managers said that customers “snapped up more than 10 or 20 boxes in one go,” so a lot of the products were sold out within a short time.

Six pharmacies in North Point all said there had been increased purchases during the last few days leading to the “shelves emptying.”

In a pharmacy in Tin Shui Wai and one in Mannings, the reporter also found that all the Panadol painkiller and antipyretic had been sold out. The staff said many customers bought the items to send to the mainland.

The websites of many chain drugstores and supermarkets show many Panadol products as “out of stock.”

According to the Mannings website, all the special effect series of Panadol are out of stock except for the 20 capsule packs.

The PARKnSHOP online store shows that the 50 capsules of Panadol Special Effects, and the 16 capsule and 24 capsule packs of Panadol Extra Strong Cold and Fever Pills are out of stock

Lam Wai-man, chairperson of the Hong Kong General Chamber of Pharmacy, confirmed that in the past week, there were 30 to 40 percent more sales of various versions of Panadol, and he believes most of them were sent to the mainland. But he emphasized that the current supply of pharmaceuticals (including Panadol and other brands) is still adequate.

US Sen. Rick Scott Applauds Cancellation of Belt and Road Initiative in Australia