“I don’t think any film I have ever done has advocated anything like that,” said Hill, whose previous hits include “The Warriors”, “48 Hours” and “Southern Comfort”.

His latest movie, which stars Christoph Waltz, Willem Dafoe, Rachel Brosnahan and Benjamin Bratt, follows a traditional tale of a bounty hunter who tracks his targets deep into Mexico, climaxing in a body-strewn, final shootout.

The 80-year-old director, who is due to pick up a lifetime award at the Venice Film Festival later in the day, said “guns and action” had helped end slavery and defeat Nazi Germany.

“We all condemn these terrible things that have happened in schools and supermarkets. I would say the issue really is the availability (of guns), not the use,” he told reporters.

Hill is credited with helping revive the Western genre during his lengthy career, with films like “The Long Riders”, and has previously regretted not making more.

“I am fond of the period, I like making the films, I like going out there with the cast and the horses, and the country is usually beautiful and I think there is a nostalgia for a certain period in U.S. history,” he said.

He acknowledged that he had been inspired by previous greats of the genre, especially Sergio Leone, the father of the Spaghetti Western. “We all work with joined hands, we are on each others’ shoulders, we are all connected,” he said.

Hill hinted that money constraints had tied his hands during filming, with shooting restricted to 25 days and production means limited, preventing fancy camerawork.

“I was lucky I had such a good cast. They all turned up prepared and there wasn’t any argy bargy,” he said.

Two-time Oscar winner Waltz, who plays the bounty hunter, said both he and Hill shared a similar work ethos, centred on the need for fierce discipline.

“The idea that a movie set is there to make us feel good is erroneous to be polite. Walter is of the same conviction,” said the German-Austrian actor. “It is not always about what we feel, but what we need to do.” 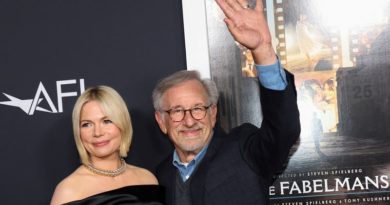