FILE PHOTO: An Oscar statue sits before being placed out for display as preparations for the Academy Awards are underway in Los Angeles, California, U.S., March 24, 2022. REUTERS/Eric Gaillard

LOS ANGELES (Reuters) – As Hollywood’s A-list celebrities gather for their annual celebration of the movies at Sunday’s Academy Awards, the live telecast also will recognize the effects of Russia’s invasion of Ukraine.

Organizers provided few details on Thursday but said there would be a moment during the Oscars ceremony that would acknowledge the invasion, which has killed thousands and driven a quarter of Ukraine’s 44 million people from their homes.

“While we want the night to be fun and celebratory (and) we want it to be an escape, this is a tumultuous time around the world,” producer Will Packer said Thursday at a press conference, adding that the COVID-19 pandemic also remained a concern.

The show, which will be broadcast live on Walt Disney Co’s ABC, “will acknowledge those things and do it in a way that is respectful,” he added.

Wanda Sykes, one of three female comedians who will host the show, said producers have “something planned that we love” regarding the situation in Ukraine.

Last week, Oscars co-host Amy Schumer said she had pitched the idea of inviting Ukrainian President Volodymyr Zelenskiy to appear via satellite, but she suggested that producers had rebuffed her. “It’s not me producing the Oscars,” she said on “The Drew Barrymore Show.”

On Thursday, Packer did not rule out an appearance by Zelenskiy.

“The show is still in process, so that’s not something we would say definitively say one way or the other at this point,” he said. 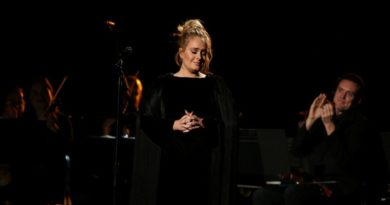