Two teenagers have been arrested in the United Kingdom, in connection with a British national who took four hostages at a Texas Synagogue on Saturday, police have said.

“As part of the ongoing investigation into the attack that took place at a Synagogue in Texas on 15 January 2022, Officers from the Counter Terror Policing North West have made two arrests in relation to the incident,” a counter terrorism police unit of the Greater Manchester Police said on Sunday.

“Two teenagers were detained in South Manchester this evening,” the police added in the statement posted on Twitter. “They remain in custody for questioning.”

The FBI identified British national Malik Faisal Akram, 44 from the industrial town of Blackburn in the north of England, as the hostage-taker on Sunday.

Akram, who was killed by an FBI SWAT team at the Congregation Beth Israel synagogue in Colleyville, near Forth Worth, had been heard demanding the release of female Pakistani-born neuroscientist Aafia Siddiqui as he held the hostages for a 10-hour standoff.

All hostages, one of whom was the rabbi of the synagogue, survived the ordeal uninjured. The rabbi had been performing Sabbath services at the time of the siege.

Siddiqui was convicted of trying to kill U.S. Army officers in Afghanistan and is serving an 86-year sentence at Carswell Air Force Base about 15 miles away from the synagogue after being sentenced in 2010 by a New York federal court.

Akram’s brother, Gulbar, posted on the Blackburn Muslim Community’s Facebook page that Akram suffered from mental illness and said the family had spent all night at the local police station “liaising with Faisal [Akram], the negotiators, FBI etc.”

They managed to convince Akram to release one of the hostages unharmed after six hours of negotiations.

But Gulbar wrote, “There was nothing we could have said to him or done that would have convinced him to surrender.” Gulbar wrote on the Blackburn Muslim Community’s Facebook page.

He said the FBI was due to fly into the UK “later today,” saying that the family as a result could say little more.

“We would like to say that we as a family do not condone any of his actions and would like to sincerely apologize wholeheartedly to all the victims involved in the unfortunate incident,” the brother wrote.

He added that the family suffered the death of a younger sibling “barely three months ago,” said that the family’s priority now is to have Akram’s body returned to the UK “for his Funeral prayers, although we have been warned it could take weeks.”

It is not clear whether Akram took his own life or was slain by members of the FBI hostage rescue team.

Reuters contributed to this article. 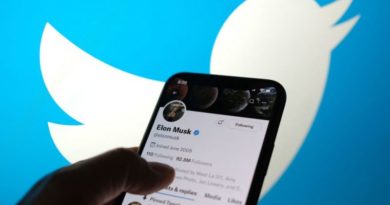