“In D.C. I’ve watched in disgust as President Biden and the radical Democrats completely dismantled the progress we made under President Trump in just six months,” said Leavitt.

She plans to stand up to cancel culture as the 23-year-old fell victim to Big Tech when Twitter suspended her account after sharing posts from President Trump’s accounts.

The ‘Live Free or Die State’ is my home and radical Leftists are trying to destroy our freedom.

I’m running for Congress – to serve as a bold conservative ????FIREWALL???? for New Hampshire between ‘We The People’ and the DC swamp.

“Everywhere you look, conservatives, myself included, are being censored and silenced,” stated Leavitt. “And our freedoms to speak freely, think independently, bear arms, go to church and operate our own businesses are being infringed by radical Democrats.”

She called herself a bold, energetic fighter to serve as a conservative firewall in Washington, D.C.

Leavitt joined a field of several Republicans, including potential primary challenger and former senior White House advisor Matt Mowers, as he reportedly expressed interest in running again next year. In 2020, Mowers took an unsuccessful shot against Pappas where he later lost. Now, Leavitt said it’s her time to kick the swamp. 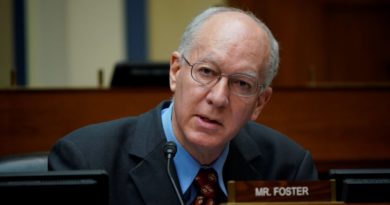