ABUJA, Nigeria—Nigerian authorities on Monday sought to arrest a property developer after a seven-story building under construction collapsed in an upscale area of Lagos, the country’s largest city, killing at least six people.

Meanwhile, the Lagos Commissioner for Physical Planning and Urban Development submitted his resignation in the aftermath of Sunday’s tragedy, amid growing pressure and condemnation over the frequent building collapses in the state.

In a statement before stepping down, Salako said that the project’s developer was liable “having embarked on construction without a valid planning permit and ignoring official warnings against continuing.”

Sunday’s accident took place on Victoria Island, an upscale area of Lagos. No one has yet to be pulled out alive from the rubble as of Monday afternoon, according to Ibrahim Farinloye with the National Emergency Management Agency.

The Lagos State Emergency Management Agency initially reported that six people were trapped in the building, but authorities now fear the number could be higher.

At the Oba Abiodun Oniru road where the high rise stood before crumbling, residents watched as excavators combed through the rubble in search of life. Health workers remained on standby to offer treatment to possible survivors while security forces barricaded the area.

Nigeria has recorded more than 10 building collapses in the last year. Lagos, a city of more than 20 million people, is the worst hit, recording at least six such collapses including in November when more than 40 people died when a high rise still being constructed crumbled on workers.

Authorities in Nigeria have often been accused of either failing to enforce building safety regulations across the country or failing to act on the findings of investigative panels on such disasters.

Is Your Home Working for You? 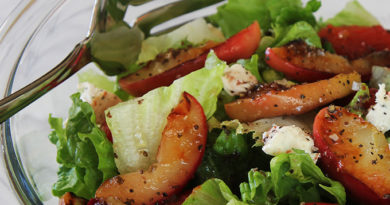