An 8-year-old space radio fan from Kent, UK, had just gone to bed when her dad woke her and dragged her to answer a call—from outer space.

The voice of young Isabella Payne crackled to life.

On Aug. 2, she was heard by Dr. Kjell Lindgren aboard none other than the International Space Station (ISS).

Microphone in hand, Isabella communicated her age. “His voice instantly changed from normal to joyful,” she told CNN. “You could hear his smile.”

Over the radio, Lindgren replied, “It’s so great to chat with you, thank you for getting on the radio and saying hello.”

“I was elated when I heard his voice,” Isabella told the outlet. “I thought it was a dream.”

You can hear their actual conversation here.

Matthew, an amateur ham radio enthusiast from Broadstairs, learned through communities that Lindgren was using the ISS radio. For a couple of weeks, the dad started listening—until one evening, he heard the call.

ISS astronauts, occasionally, during down time, use their onboard amateur radio station to call schools on Earth. Matthew has helped students greet the space station.

The timing has to be just right, when the ISS is directly overhead.

“They’re only in the sky above us for 10 to 15 minutes,” he told CNN. “We want as many people as possible down here to have that kind of experience.”

Matthew, who’s had his amateur radio license for 22 years, said conversations with ISS have to be kept short, stating the user’s call sign, and may end with a quick thank you and goodbye.

In April 2016, he helped students contact British astronaut Tim Peake aboard the ISS.

The dad said it was “amazing” to see Isabella make contact with Lindgren.

Isabella and her dad have long been space radio fans. He recalled her sitting on his knee, watching “all the launches, all the space station events, all the space walks” together.

After radioing Lindgren, Isabella was contacted by several media agencies, and even exchanged emails with NASA. Her interest in space has inspired future ambitions to work for the space administration as a communications specialist.

“I want to talk to the astronauts and say, for example: ‘Good morning, Sam,’” she told CNN. “’Is everything still floating around up there like it’s supposed to?’” 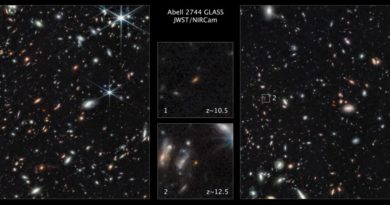