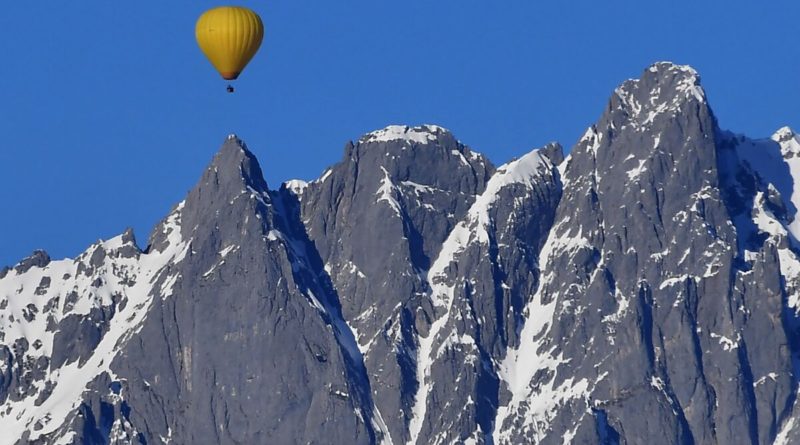 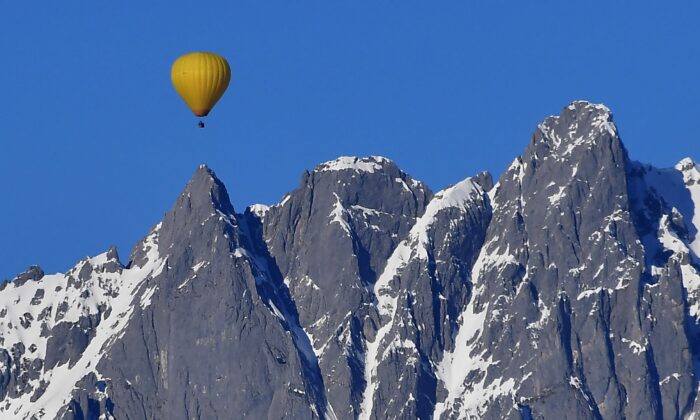 A hot air balloon flies over the Tyrolean Alps near Kitzbuehel, Austria, on Jan. 15, 2018. (Joe Klamar/AFP via Getty Images)

KIRCHSCHLAG IN DER BUCKLIGEN WELT, Austria—Nine people were injured Saturday in a hot air balloon crash on the eastern edge of the Alps in Austria.

Sonja Kellner of the Lower Austrian Red Cross told news agency APA that two of the passengers were seriously injured in the crash in the Bucklige Welt region, an area named for its hilly landscape.

The cause of the crash was unclear.

The two seriously injured passengers were taken by helicopter to local hospitals. 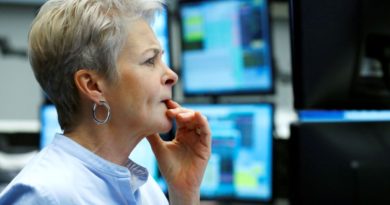