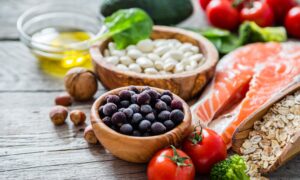 Contrary to mainstream medical belief, safe, natural, and nontoxic treatments can alleviate the symptoms of senile dementia. Research has demonstrated how these remedies can aid in preventing the onset of senile dementia

When people talk to me about growing older, they tell me that one of their greatest fears is that they will become forgetful. They fear that memory loss is the first sign of Alzheimer’s disease and that it signals an inevitable mental and physical decline. For as long as I can remember, and for long before that, traditional medicine practitioners have told us that memory loss and confusion are simply normal parts of growing older. They implied that we should simply accept such changes in our mental capacities as an inevitable part of the aging process.

But I have known, and now modern medicine is beginning to admit, that remaining alert and able as we age can be the norm, rather than the exception. Many people experience memory lapses. Some are serious and others are not. People who have serious changes in their memory, personality, and behavior may suffer from dementia.

Dementia (from the Latin for “irrationality”) describes a group of symptoms that are caused by changes in the way the brain functions. Senile (meaning old) dementia refers to the onset of these symptoms in older people. We have to be vigilant at all ages in adulthood. However, the most common conditions with dementia as a symptom include Alzheimer’s disease and vascu­lar disease, both of which are specific to older individuals.

By providing an optimal environment for brain health, and through a healthful lifestyle, you can preserve your mental abilities as you age. In this chapter, I talk about specific steps you can take to improve your environment and diet to protect your brain against the symptoms of cognitive decline associated with senile dementia. I will also talk about alternative, natural treatments that may have some benefits in the fight against this age-related condition.

Individuals suffering from senile dementia have impaired memory as well as changes in other areas of cognition, such as language, vision, and abstract thinking that prevent them from functioning properly on a daily basis. The signs and symptoms of dementia occur pri­marily in the absence of delirium and may be associated with an organic cause.

The classic indicators of dementia are short-term memory loss, inability to think through problems or to finish complex tasks, difficulty concentrating, confusion, and abnormal behavior.

While some types of dementia, such as that caused by Alzheimer’s disease, often cause a steady and progressive decline in patients,

Remembering and forgetting things is a perfectly normal part of daily life. But we need not fear that the extreme and progressive cognitive decline that characterizes senile dementia will be an inevitable part of our aging process. There are a number of things we can do to positively impact our brain health and overall mental abilities as we age.

Here I will lay out how you can make your environment more healthful, exercise your brain to retain memory and mental sharp­ness, and choose the best foods to help prevent the onset of senile dementia or to slow the progression of cognitive decline if you have been diagnosed with this condition.

Making healthful changes to your lifestyle can be crucial in pre­venting the onset of dementia and keeping your memory sharp as you grow older. There are several simple things you can do to prevent the onset of senile dementia or to slow or prevent the progression of symptoms. In the following sections, I offer suggestions for improving your living environment, your physical health, and your social support system changes that can help you fight age-related memory loss and dementia. I have even included some cop­ing strategies to make short-term memory loss less disruptive in your daily routine.

It is important for your environment to be free of hazardous tox­ins, particularly heavy metals, that can accumulate in the body. Limit your exposure to cookware, deodorants, antacids, and food additives that contain aluminum. Mercury is found in thermome­ters, thermostats, and dental amalgams. Chelation therapy, which uses certain amino acids to form strong ionic bonds with the toxic metals in your body, allowing them to be excreted from the system, may be useful in removing toxic metals and other chemicals from your body. Bentonite, a clay like substance that is used in a drink, may be taken at night to draw out toxins from the colon and assist in the detoxification process.

Installing charcoal filters on all water sources used for drinking or cooking can reduce or eliminate harmful toxins that are found in the water from our reservoirs.

Continued community involvement and frequent contact with friends and family may reduce your risk for senile dementia. In a paper presented at the Alzheimer’s Association International Conference on the Prevention of Dementia, Jane Saczynski, PhD, of the National Institute on Aging, and colleagues presented data from a longitudinal study conducted since 1965 that showed that subjects with decreased social activity from mid- to late life had a statistically significant risk of dementia. Continue to set goals for yourself. Having a reason to get up and get going each day can enhance your overall quality of life and contribute to mental fitness.

Physical activity seems to play a role in slowing or preventing the progression of senile dementia. A National Institutes of Health news release cites research demonstrating that long-term physical activity increased the learning ability of mice and decreased the level of plaque-forming beta-amyloid protein fragments in their brains. Remaining physically active throughout our lifetimes offers immeasurable benefits to both body and brain. Physical activity does not have to be rigorous. Walking, dancing, or practicing yoga all help safeguard our brains against age-related cognitive decline.

In addition to an active body, it is important to have an active mind. A study published in the New England Journal of Medicine supports the theory that mentally demanding activities can help stave off dementia. The study involved 469 people ages 75 and older. Those participants who read, played games of strategy (e.g., checkers, backgammon, or chess), played musical instruments, or danced at least twice a week were significantly less likely to develop dementia. Those who did crossword puzzles four times a week were also found to have a significantly lowered risk. It seems clear that participating in mentally stimulating hobbies and being willing to learn new information and challenge our brains on an ongoing basis provide important benefits in preventing the onset of senile dementia.

A recent study published in the British Medical Journal examined more than ten thousand members of a medical insurance program in California. The study followed subjects from their early for­ties until their late sixties and seventies. According to the results, those individuals who were obese at the start of the study were 74 percent more likely to develop dementia than their slimmer counterparts.

If you or someone close to you has been diagnosed as having senile dementia, there are some strategies for coping with the symptoms of memory loss that may be the first hallmarks of this disease. These coping strategies will help relieve the stress and tension that arise from memory problems and can help lessen the impact of such problems on day-to-day life. Remember, in addition to practicing the strategies outlined on the next page, you should make the life­style and nutritional changes I recommend in this chapter to slow or reverse the progression of these early symptoms.

Susanne Sorensen, who serves as the Head of Research at the Alzheimer’s Society states that “The best way of reducing your risk of developing dementia is to maintain a balanced diet with regular and frequent social interactions.”Research into the causes of dementia is now demonstrating a point I have been making for decades: deficiencies of essential nutrients can lead to a variety of health problems and leave us vulnerable to serious conditions such as senile dementia. The good news is that it is never too early to start good nutritional habits that will help to protect the brain over a lifetime. And it is never too late to benefit from good nutritional habits.

Most Americans today eat foods that are over-processed and far from their natural state. These processed foods have been stripped of vital nutrients and filled with additives, processed sugars, and trans fats.

In addition to nutrients lost through poor diet, nutritional deficiencies may simply increase as we age. To help ensure that our bod­ies get the nutrients we need, we must make an effort to eat foods in their natural state. For people suffering from senile dementia it is vitally important to purchase organic foods whenever possible, because these foods are more likely to have trace minerals like chromium, magnesium, selenium, and zinc, which are vital to the brain’s health.

Various studies support the efficacy of taking antioxidants as a method of preventing or reversing cognitive decline. Vitamins E and C are proven free radical fighters and readily available in foods like citrus fruits and juices; dark green, leafy vegetables; nuts; and sunflower seeds. The B vitamins, which play an important role in fighting the symptoms of Alzheimer’s disease, are found in fish, eggs, beans, and animal proteins. Trace minerals such as zinc, mag­nesium, and potassium are easy to add to our diets by using whole grains, nuts, dried beans, bananas, and milk.

Essential fatty acids (EFAs) such as omega-3 and omega-6 fats, which are found in flax oil and walnuts, have significant anti-inflammatory properties and may be important in preventing senile dementia.

A number of other naturally occurring nutrients may have beneficial impacts on the symptoms of senile dementia.

Contrary to mainstream medical belief, safe, natural, and nontoxic treatments can alleviate the symptoms of senile dementia. Research has demonstrated how these remedies can aid in preventing the onset of senile dementia. In the past, dementia was considered an uncontrollable outcome of aging. Taking action now can prevent our elder years from being characterized by cognitive degeneration and a rapid decline in health and ability.

Biden staff rushes to his defense amid outcry over Saudi trip