Former President Donald Trump is determined to fix the United States after his residence was raided by the FBI, Sen. Lindsey Graham (R-S.C.) said on Aug. 9.

“President Trump is determined, now more than ever, to straighten this country out,” Graham, the top Republican on the Senate Judiciary Committee, told reporters at a press conference in South Carolina after speaking with the former president.

It remains unclear why the search warrant was executed, though Trump family members and lawyers have said the goal was to see whether Trump possessed any documents that should have been handed over when he left office.

Graham was among the Republicans decrying the raid, noting that the FBI was also in charge of the counterintelligence investigation against Trump’s 2016 campaign that hinged in part on a document paid for by the campaign of Hillary Clinton, who was Trump’s rival for the presidency at the time.

“What did I learn from the Mueller investigation? The FBI when it comes to Trump has lost their way. This unending desire to destroy Trump and his family is frustrating for us,” Graham said, referring to the probe into Trump and Trump associates by special counsel Robert Mueller, which uncovered no collusion between the campaign and Russia.

A separate review, conducted by the Department of Justice Inspector General’s Office, found serious errors and omissions in applications the FBI lodged for warrants to spy on Carter Page, a Trump campaign associate.

Kevin Clinesmith, an FBI lawyer, admitted in court to manipulating an email from the CIA to state that Page was not an asset when the original version said he was.

The FBI also relied in part on the dossier compiled by ex-British spy Christopher Steele, a Clinton supporter, in its investigation of Trump and Trump-linked figures. Clinton’s campaign and the Democratic National Committee funded Steele’s work.

The FBI has said it changed practices following the watchdog review, and has disciplined, terminated, and reassigned a number of officials involved in the investigation.

Trump said in a statement that the raid was performed unannounced, despite how he had been cooperating with government agencies. He described what happened as “the weaponization of the Justice System.” The FBI has declined to comment and the Department of Justice has not returned an inquiry, while the White House said it was not notified of the raid before it happened.

Trump, Graham said, “is going to push through this.”

“I’ve talked to him twice today,” he said. “And I told him that there’s legal systems in his country, avail yourself of it, and time will tell as to what’s going on.” 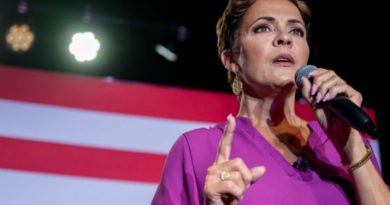 The Lessons I Learned As a Teen Entrepreneur